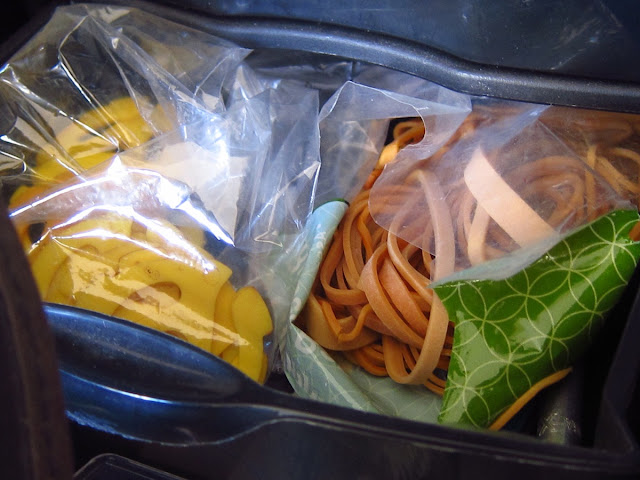 Friday 5 for April 10: Excitement in the domicile 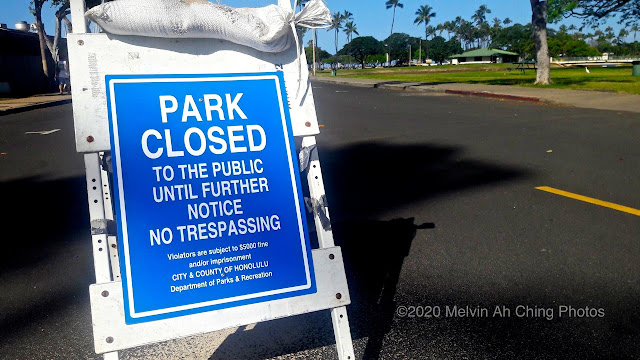 The following questions are from Scrivener's Weekly Friday 5 site.

I guess most of the questions these days address our stay at home lives. Thanks #COVID19.

1. In what way have you recently been naughty?

Generally I am a law abiding citizen, so the chances of me doing anything serious naughty is next to slim. This morning I did take a walk to a closed park and only ventured on the extreme edge of the park, mainly to take pictures of the "PARK CLOSED" signs.

You don't want to venture out these days for much in Hawaii because you risk being caught and fined up to $5,000 and/or jail time. Um... no thanks. I'll just mostly stay home.

2. What’s the closest you’ve been to death-defying these past few weeks?

3. What temptations have you recently resisted?

I so want to drive and walk into Waikiki just to take photos of the abandoned roads, closed stores, hotels and beaches. This would probably be safe to do in a car, but since I am mostly the only one driving and riding in my car, I don't think I can get decent pictures while driving. Plus it is dangerous to do that, and also breaks the "using a device while driving" statute. It would be easier to do if someone else drove and I just shot pictures. Hmmmm....

4. What’s something you wish you didn’t recently see?

On my early morning walk this week, I was treated to a ghastly sight! Right there on South King Street in plain site, near a small tree.... was... get ready for this.....

A GREAT BIG HUMAN TURD! Oh yuck It was about 10 inches long and it looked like to be 2 inches thick... It was dark brown and a few flies were buzzing around it. How disgusting! Luckily I did not take any pictures of that. The next day as I walked down the same street, it was gone. Somebody cleaned it up.

5. What behavior from others are you excusing nowadays?

When people actively avoid me when I am oncoming. Good. We are all potentially contaminated.
Posted by Mel at 6:50 PM 1 comment: 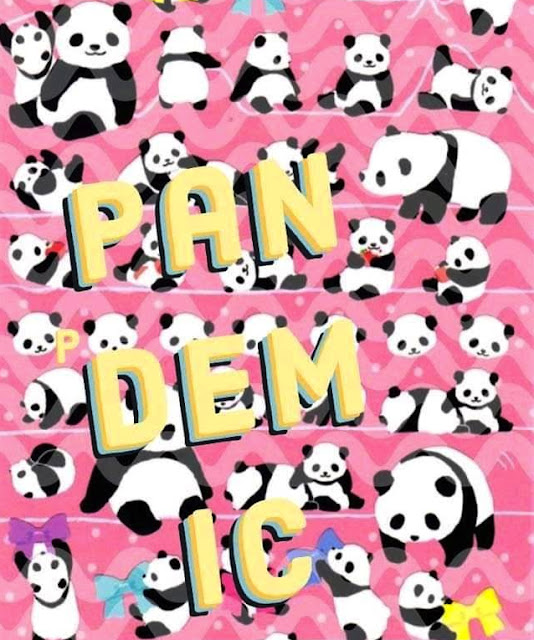 As the COVID-19 Pandemic continues, we have this wonderful set of questions on self sequestration. Thanks Scrivener.

1. In the next seven days, what’s something you’ll do for your mental health?

Take some herbal medicine that my friend Lisa has given me. Listen to some audio books, meditation podcasts and new age music to make me fall asleep.

2. In the next seven days, what’s something you’ll do to feel connected?

Talk and listen to Lisa more closely. Also talk to my sister, friends and other people on the phone.... and connect to my other friends, relatives and acquaintances through the usual virtual apps... Facebook, Twitter, Instagram, Google Voice, etc. It is good to be connected on a personal level to people as well as being connected to media news on COVID-19 updates and er... um... the government... and industry.

3. In the next seven days, what’s something you’ll do to relax?

4. In the next seven days, what’s something you’ll do to make yourself laugh?

Make up stupid songs to sing for Lisa.

5. In the next seven days, what’s something you’ll do to flex your creativity?

Work at home on stuff my boss sends me and expects me to do.

For my own sake... take pictures of stuff if I can or want to.

Perhaps write something on my blogs... update my genealogy stuff...

Finish writing my will... er... is that fun or creative? No.

1. In what ways have recent events altered your everyday life or your plans?

I'm buying more toilet paper, stocking up pack by pack on separate one purchase trips to Don Quijote after buying some bulk packs at WalMart before they ran out. Been stocking up on some other items such as soap.

2. Where’s a good place to dine out if you want to practice comfortable social distancing?

Anywhere that has a drive through window or take out. Spend as minimal time as possible in a crowded venue. Best to stay home and be isolated even if you are not sick. Better to be safe than sorry.

As usual always pessimistic. More so now that we have this COVID-19 virus running rampant. But I've been extremely pessimistic ever since July 11, 2005 when the rail tax became law without the Governor's signature. Now look what we have. A horrible rail that costs way too much money and a virus that will cost us even more money in terms of lost revenue (for state and county) and possibly more taxes and costs thrown at us somewhere down the road. It is definitely no-win situation.

4. If you’re forced to isolate at home for a couple of weeks, what would be your primary source of entertainment?

Nothing much different... spend a lot of time on the computer doing stuff, surfing the internet, streaming music and videos, downloading stuff.

5. How do you think you’d be able to handle two weeks of isolation at home, assuming whoever you live with (if anyone) would do the same?

Probably difficult because I would have to be very careful about exposing her to the virus since she has a weak immune system. One of us would probably have to move out on a temporary basis.

1. What’s something you can’t do alone?

2. What’s something you can’t do if people around you are making noise?

Watching a movie for the first time. I hate outside noise, interruptions or distractions from the movie.

3. What’s something you can’t do in complete silence?

Play music on my record player and other devices.

4. What’s something you can only do at home?

Play my vinyl records. Can't really take them to play at another place unless I am invited to spin a record on someone else's turntable.

5. What’s something you wish you didn’t need help with?

Friday 5 for January 17: Master of your domain

Happy New Year Three+ Weeks in. It's Monday and here are my answers to this past weekend's Friday 5.

1. What are the areas of your expertise?

Special skills: Photography, Mac and Chrome OS computers, typesetting (from long ago), layout and design, blogging, writing and editing (though I am always in a rush and am sometimes careless), navigating and explaining the quagmire of the Hawaii State Legislative process, complaining, pop music knowledge, old technology. Ha!

2. What are you territorial about?

My home. I live in a place with a good security system. I also hate spam email and junk phone calls, so I am quite territorial about phone numbers and email addresses.

3. What’s a bit of specific wisdom from your field that could apply to life in general?

Try to be patient and let things slowly develop if there is time. Be early, never be late.

4. How big or small is your personal space bubble?

At least 5 feet. Most of the time I am miles away from things I don't like.

5. What are your current emotional and mental states?

Hey it's Tuesday, December 31, the last day of the year 2019. This post will finish up my Friday 5 Answers Blog for 2019 as I answer these questions as published to Scrivener's Friday 5 blog.

Here's wishing anyone reading this, a Happy New Year in 2020. The Roaring 20's are back.

And now the questions with answers:

In short order: MYSELF. If I don't value me, then what more is there to value?

My sister. She and my cousins took the lead with our family reunion this past May.

My friend who lives in Waikiki for being resilient against the bad things put upon him by his family.

My friend Lisa for encouragement, optimism, talent, knowledge, perseverance and survival against tremendous odds. Despite the anguish and pain that she is in, I've found her to be very kind and helpful toward others and myself through the years and today. 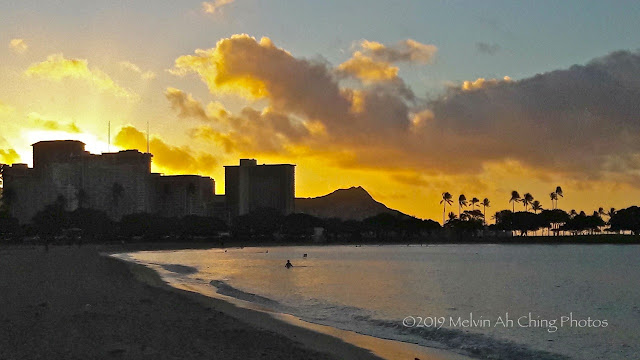