Friday 5 for October 30: At the Movies 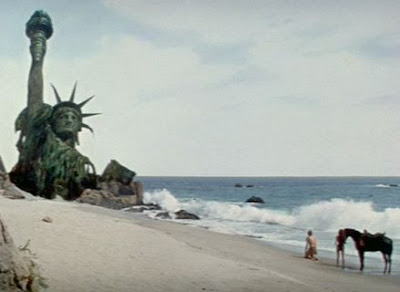 I am not a big sports fan, but I have several sports movies that I like. My current favorite is Rudy about the Notre Dame football player that never gave up until he played in the final game.

I always laugh at the old Tom Hanks and Daryl Hannah classic, Splash! Eugene "behold the mermaid!" Levy was hilarious as the scientist who went out of his way to prove that Madison was a mermaid. John Candy was also great as the brother. This movie is romantic, funny and quite a fantasy.

Bambi was quite riveting when I was kid. Saw it only once. Still have a memory of this. Runner-up Lilo & Stitch, the only Disney animated movie I have in my DVD collection.

Grease is the word! Runner-up The Sound of Music.

And while it is not a flat out musical, I always loved George Lucas' American Graffiti... classic rock n roll music that was perfectly used in the storyline.

Oh yeah, gotta add The Wizard of Oz to this too.

Planet of the Apes - the original version with Charlton Heston from 1968. One of my all time favorite movies... "Get your filthy paws off me you damn dirty ape!"

Runner up- The Time Machine from 1960.... the time traveler meets the Eloi and the Morlocks in the distant future. This is a great George Pal movie and HG Wells story.

Check out other people's responses at Friday5.org.

Photo: Planet of the Apes from 20th Century Fox.
Posted by Mel at 5:15 AM No comments: 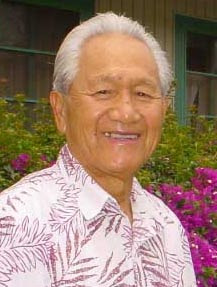 1. Who in your life seems especially resilient?

My Dad (photo) has been resilient and through a lot in more than 80 years.

2. What characteristics would a person need to develop in order to become resilient?

There are probably many characteristics - among them a person should be optimistic, able to withstand criticism, ability to bounce back from bad situations, have a sense of humor and not to take everything too seriously. I am sure there are more.

3. In what areas of your life do you think you’ve been resilient?

I've been able to bounce back from some bad situations like illness and unemployment. You have to in order to move on with life.

4. It is often said among educators that a strong indicator of resiliency in children is the presence of a “charismatic adult.” In your own childhood, who was the charismatic adult who inspired you to grow positively?

Not anyone in particular.

5. Can one be tough and resilient at the same time, or are they opposite traits?

I think you have to be tough in order to be resilient. I would add "strong" and "tough" to the characteristics in the question #2 above.

Check out more responses to these questions at Friday5.org.
Posted by Mel at 5:54 AM No comments:

1. When in the past seven days were you loudest?

Used to be whenever I played my old stereo. That broke, I gave it away with the large speakers. For now my computer is the loudest when I play music (it has an external speaker system) by groups such as Kiss, Metallica, Grand Funk Railroad, Led Zeppelin or The Who. Of course I can’t play my music too loud since I live in a building and the neighbors would complain. The last time that happened was several years ago when a neighbor came in late in the night complaining about the loud noise coming from my apartment. Was not music, but a loud movie also playing through that same old stereo.

I remember The Who was once named as the world's loudest rock group according to the Guiness Book of World Records.

2. In the past seven days, what was loud but not noisy?

I'm sure if I were closer to the airport to take the photo, this plane, the Antolov AN 225 would have been quite loud taking off. Shot 10-15-09.

Last month I enjoyed the loudness of the USAF Thunderbirds.

3. In the past seven days, what was not especially loud but quite noisy?

I live in a building near a fire station. There are always sirens going off every day and night near me. It's noisy but I've gotten used to it. Car alarms are also noisy too, especially when they go off late in the night and no one turns em off for an hour or more.

4. In the past seven days, what’s something that was not allowed?

Since July 1st, can't legally hold and use my iPods and digital cameras in my car while driving. This is a result of a cellular phone and text messaging law that was passed by the city council that also covered other electronic devices. I don't own a cell phone, so that part of the law does not impact me. But it is hard to not pick up that iPod while driving and skip over to the next song, or whip out the small digital camera to take a picture of the asshole driving in front of me.

5. What are those clouds gathering on your horizon for next week?

Maybe some rain clouds and stormy weather. We probably need some rain around here, but the forecasts for this winter don't look very good for that.

Here are more items that go along with "loud":

This is something I would love to see and hear:

Now this is loud:

Some people have a lot of time on their hands:

I recorded this video clip in January - downtown Honolulu

OK, that's it. This topic was fun. I like LOUD!

Embedded videos from YouTube.com may be removed without notice by their respective publishers or the YouTube.com service itself.
Posted by Mel at 3:00 AM No comments: 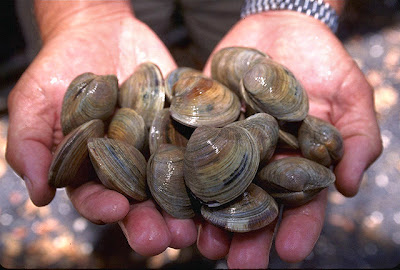 I make it a policy that I not mention names of family, friends or associates in these posts. Therefore in answer to this week's Friday 5 questions:

I don't know anyone who is legally blind, nor anyone that close. I have friends and relatives who wear glasses, but most can see.

People who are too happy and too optimistic are suspect in my book at times.

I don't like being caught in the rain if I don't have any extra clothes to change into nearby.

4. Who in your life is as stubborn as a mule?

I know some luddites who don't want to adapt to computer technology. Some of these luddites use computers but don't want to learn or use new stuff. It's hard having to work with luddites when you want to make work or file exchanges easier.

Can't think of anyone who is very quiet at this moment. Perhaps it is a good thing for them as they are not noticed because of their quietness.

Photograph: U.S. Department of Agriculture
Posted by Mel at 6:45 AM No comments:

1. Which of your stories have you probably told the greatest number of times to the most people?

Disasters in my life or in Hawaii make for good stories in hindsight. I often tell friends about the big earthquakes I survived through my life in Hawaii.

The first one was the most exciting since I was a teenager caught in a big crowd at a public place during a school performance. We were in the audience and suddenly the building rolled and shook violently for what seemed to be an eternity.

Just like in a disaster movie, we all went into a panic and ran like idiots for the nearest door which of course was jammed with people. Meanwhile the plaster from the ceiling fell on us and on the floor as younger, elementary age kids got trampled on and separated. Fortunately after the shaking stopped, there were no serious injuries, but a lot of rattled nerves... and millions of dollars of damage to the entire island.

This all occurred on April 26, 1973 at 10:26 AM in Honokaa, on the Big Island of Hawaii. There is more to tell in the story, but that was the main highlight. The quake measured 6.25 on the Richter scale after all was tallied and done.

Two other major earthquakes that I was unfortunate enough to be caught in occurred during Thanksgiving 1975 at 7.25 magnitude and the 6.7 magnitude temblor on October 15, 2006.

Scary plane rides are also in my story arsenol.... Back in the 1980s I was on a Mid Pacific Air YS-11 turboprop night flight from Honolulu to Hilo... we flew into bad weather with rain, thunder, lightning and wind... that old turboprop shook us around in the violent sky, flashes of lightning coming into the window as the twin Rolls Royce turboprops strained to keep us aloft while the crew slowly descended in the angry clouds to our destination. Upon landing I wanted to kiss the ground.

So there.. I just referred to several stories of which the earthquake ones are told the most often.


2. What’s a story someone else often tells about you, much to your chagrin?

I haven't heard too many stories about me told by other people which is a good thing in my book. If there are, I'd rather not hear them.


3. What oft-told story from a chapter in your life seems to be remembered differently by different people who were there?


Probably the different experiences of 9-11-2001 from different people, even here in Hawaii.


4. What are some of the details, without retelling the whole story, of a story you’ve told often but never to your parents?

Some stories are best untold.


5. What song would be an appropriate soundtrack to the story of your most embarrassing moment?

Song? "Here's Where the Story Ends" by The Sundays.

Have a wonderful Friday 5 weekend folks.
Posted by Mel at 3:45 AM No comments: