Once again Scrivener's Friday 5 site comes up with a timely topic.

1. How seriously do you take gift-wrapping when you give gifts?

Not very. Fact is if I buy a gift and take it on a plane to the Big Island of Hawaii for my family, federal airport security laws require that gifts not be wrapped!

Overall it is faster to just put gifts in a gift bags or give a gift certificate or money.

2. Do you save gift-wrapping to re-use later?

YES! Gift bags and bows are definitely saved and recycled for the next year. Cheaper than having to buy new ones. Ribbons and wrap are saved depending on the condition at time after opening.

3. How picky are you when it comes to selecting wrapping paper?

Not very. I wait for the AFTER Christmas blowout sales when all of that crap can be found for 50 to 70% off at some stores. Why spend big bucks on something most people just tear up on Christmas day? The main purpose of gift wrap is to keep the gift hidden until the big day. No one should be spending exuberant amounts of money on gift wrap.

4. How much attention do you pay to the way gifts you receive are wrapped?

Not much - the gifts just have to look good while sitting under the tree until the big day.

5. Among people you know, who is the most talented at wrapping gifts?

My mom, my sister and some women in general.

Photo at the top: My sister's cat "Poof" know what to do with gifts and wrap!
Below: Enjoy the Christmas video below. Aloha!

Buyer’s remorse is a well-known condition that strikes us all, but what other kinds of remorse have you experienced?

1. When did you last experience emailer’s remorse?

I haven't sent out an offensive email that I was remorseful about in years... last time was probably in the 1990s.

2. When did you last experience diner’s remorse?

Once I had a bad reaction to macaroni salad eaten at a popular take out place... and another time I probably had bad poki... spent way too much time after these meals running back and forth to the porcelain throne!

3. When did you last experience movie-goer’s remorse? 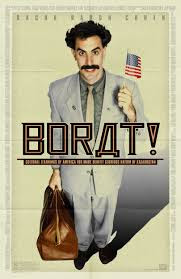 I rarely go to movies at the theater anymore. The last time I had movie-goer's remorse was when I borrowed a copy of Borat (DVD) from a friend. That movie absolutely stunk. Luckily I did not pay to see it.

4. When did you last experience caring friend’s remorse?

Can't remember if I did.

alternate question in case that last one was too personal:

5. When did you last experience function-attender’s remorse?

I generally avoid crowded social situations (parties, etc) unless I have to be there taking photos of the function.
Posted by Mel at 6:30 AM No comments:

Friday 5 for December 4: The Middle

Hello, and welcome to this week’s Friday 5! Please copy these questions to your webspace. Answer the questions there, then leave a comment below so we all know where to check out your responses! Please don’t forget to link us from your website!

1. What film have you seen in the past year that’s completely average?

The only movie I paid to see at the theater this year was way above average. That leaves me with DVD movies that I have. The most mediocre that I saw this year is one called The Virgin Chronicles which I bought for $5 as part of a double DVD in WalMart coupled with American Beauty. Not a bad movie, but not very good either. Mediocre at best.

2. Who’s the most average-looking person you know?

There are plenty, too numerous to pick only one.

3. In what area of your life are you performing just well enough?

My whole life is mostly average.

4. A new radio station features music you neither like nor dislike! What are three songs you’re likely to hear on it?

I don't know about "new" radio stations. Mostly our old ones get an occasionally makeover (format change). That said the current makeover of KPOI 105.9 FM (The Ride) has sunken to further mediocrity by playing predictable but average hits such as REO Speedwagon's "Time for Me to Fly", John Cougar Mellencamp's "Pink Houses" and "Roseanna" by Toto. They were good songs in the day, but today they are just part of a bigger, bland mix typical of most classic rock, oldies, 80s and AC formatted stations.

Most music radio stations are pretty bland overall because a lot of them opt to run computerized, voice tracked programming or syndicated content that sounds the same everywhere else in the U.S. Hardly any real time local DJs in many timeslots except for morning drive... usually.

Another bunch of bland radio stations in our market include KSSK AM & FM, KRTR 96.3 FM and KUMU 94.7 FM. They all feature an adult contemporary format and play mediocre tracks by artists such as Michael Buble, Celine Dion, Barry Manilow, Mariah Carey, Billy Joel, Michael Bolton, Kenny G, Leona Lewis, Alicia Keys, Whitney Houston, and Kelly Clarkson to name a few. A mix of the average to mediocre old stuff and new hits. Yawn.

KSSK is also very difficult to listen to during the holidays as they only play Christmas music for the entire season up to December 25. While I like Christmas music, I can't stand hearing it around the clock 24-7.

5. What game or sport are you just okay in?

I am a mediocre to terrible chess player. I like Stratego and Checkers but am rusty in both today. I don't do very well with some of the games I have on my Nintendo DSi or the various Macintosh computers I own.

I totally suck at all sports, which means I don't play any.
Posted by Mel at 7:30 AM No comments: