As usual the questions comes from Scrivener's Friday 5 blog. 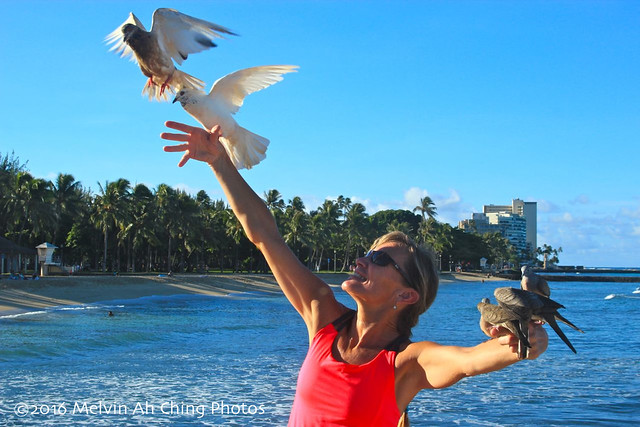 1. What’s something for which you are waiting your tern?

2. What have you lately gone cuckoo for?

Records... though I have always been cuckoo for recorded media. So for like the longest time I did not buy vinyl records. I have a substantial collection which I had to pare down a few years ago. I also pared down my massive CD collection. Funny thing is that I don't miss the CDs very much that I got rid of, but I miss many of the vinyl records I let go. Now I want to get some of them back.

3. What’s got you feeling down?

My close friend's sad financial situation and her depressive state. All she needs is a good paying job that utilizes her incredible writing talent. If you can help contact me. macpro3000@yahoo.com.

4. What’s something you acquired that was unexpectedly cheep?

And with that song, I'm flying the coop!

1. What’s a stupid lyric from a song you like?

I really love the music of Caro Emerald. Way back in 2009 I discovered her on "The 61" website when I stumbled into her song "A Night Like This"... good song.. and I shortly found "Back it Up" on the same site. Both songs were eventually issued to her debut album Deleted Scenes from the Cutting Room Floor. Both songs became big hits in Europe but never clicked so much in the U.S.

I bought the album on iTunes and have followed Emerald for the past 10 years or so. She is one of my most played artists on Last FM. Caro is not a native English speaker as she is from Denmark. So I guess when they needed lyrics, non-sensical ones were added into the song... and guess what.. in their own quarky way they work!

Caro Emerald - Back it Up

2. What’s a pretty good lyric from a song you dislike?

It is quite funny that through the many songs that pioneering rock n roller Chuck Berry is known for, the guy never had a #1 hit with such stalwart songs as "Johnny B. Goode," "Rollover Beethoven," "Sweet Little Sixteen," or "You Can Never Tell" in the late 1950s and early 1960s. Berry was a huge influence on rock artists such as The Beatles and The Rolling Stones.

In 1972 Chuck Berry finally got a #1 record on the Billboard Hot 100... and it was not a rock n roll song! The novelty hit "My Ding A Ling" was very popular on the radio in the late summer and fall of that year... so much so that it went to the top and annoyed a lot of listeners back then.

The song goes way beyond the mentioned "my grandmother bought me a cute little toy".... and holds it in a swim across old turtle creek...

Hmm, this here song it ain't so sad
The cutest little song you ever had
Those of you who will not sing
You must be playing with your own ding-a-ling

Yes, the song is NOT a masterpiece but is there to make you snicker and laugh... and well, I am sure that helped Berry with his retirement years later....


3. What’s a good non-Weird-Al-Yankovic lyric about food and drink?

By disallowing Weird Al, I had to go fish in my Doctor DeMento library of food songs... and of course I came up with this classic... lucky it was not animal songs cause I would have given you "Dead Puppies" or "My Dead Dog Rover".... muhahahahaha....  So just "Eat It!"


Paul McCartney and his wife Linda have a pretty good song about "eating" heh... I don't think he's singing about food...

4. What’s a good song lyric to describe your week?

The music more than the lyrics are frantic and somewhat descriptive of my week or even just a day or days, depending on the month. Been having some anxiety lately about the hurricane and feeling not as prepared as I could be... like forgot to buy a bath tub stopper, and they are now all sold out... plus I am working on an online newsletter and the people either send their articles at the last minute or even worst change their articles after I send out 3 proofs and have the thing set up for automatic mailing on Monday.. and now I have to make those changes... not very hard but I like to think when something is done... it is done... move on to the next project...

All grown up and no place to go
Psych 1, Psych 2
What do you know?
All your life is Channel 13
Sesame Street
What does it mean?

I'll tell you what it means
Pressure
Pressure

I get frustrated when it is sunny, I am outside... and then it starts to rain... like what the f***??? Of course this weekend I am waiting for BIG RAIN and WIND blowing in from Hurricane Lane. Ugh!

Creedence Clearwater Revival - Have You Ever Seen The Rain
The song was also covered by Joan Jett in 1990.

Someone told me long ago
There's a calm before the storm
I know!

It's been comin' for sometime
When it's over, so they say
It'll rain on a sunny day
I know!

Yesterday and days before
Sun is cold and rain is hard
I know!

Been that way for all my time
'Til forever on it goes
Through the circle fast and slow
I know!

Friday 5 for August 10: Great and Small

From Scrivener's Friday 5 of August 10.

Cow... I love them on my plate as steak, nearly well done with potatoes and a salad. Yum! Haven't had a steak in a long time! Hamburgers, barbecue and spaghetti with meat sauce are pretty good too. It is too bad with my health conditions I am not allowed to eat much beef or pork products. 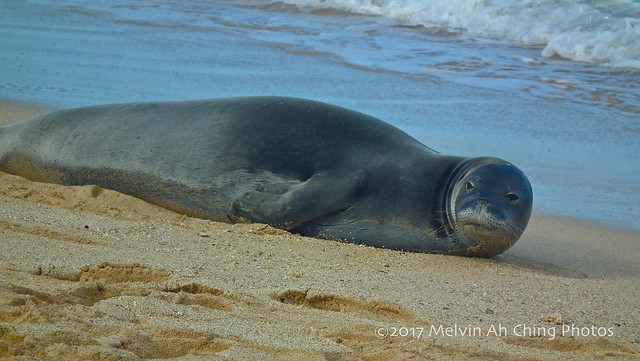 I'll go with the Hawaiian Monk Seal, since I shot one last year. They're kind of cute and hey... at least I am not eating them, because there are a lot of other sea creatures that I enjoy eating.

Monarch Butterfly and butterflies in general because of the incredible metamorphosis they go through to get from baby stage to flying adult.

4. What are your favorite names for pets you’ve known?

The one that comes immediately to mind is my sister's cat, Poof (R.I.P.). Poof got her name from when she was a kitten. My sister had a couple of other kittens back in late 1998 when Poof appeared out of nowhere... well at least it seemed. She was a surprise from one of our cousins who gave her the kitten way back when.

Poof lived for a long time. She was a cat with an attitude. My sister loved Poof from the first time she got her to her very last days. That cat and her were always together at home. The cat's attitude was that she was not friendly with most other people. Poof hated my Dad. She was extremely cautious around my Mom. For me, Poof and I slowly got acquainted over the years to a point, she let me pet her and even curled up on my lap or around my feet.

The cat got used to me because she used to sleep above the area on my sister's desk where the desktop PC was. I used the PC a lot whenever I went to the Big Island for a visit, years before I bought a laptop Mac. It was through the use of my sister's PC  that Poof warmed up to me.

Rest in Peace, Poof. You are missed.

5. Besides unicorns, what are some mythical beasts you wish were real?

The first thing that came to my mind were TRIBBLES, one of the cutest mythical furry animals you'll ever meet. Heh... they are great detectors of Klingon spies, so a must on pre-treaty Federation Starships... of course you have to find some way to neuter them which can be difficult since they are born pregnant!
Posted by Mel at 12:22 PM No comments: