The weekly Friday 5 from Scrivener covers the top "Bizarro Cliché." You can find a link to his blog and questions here: http://f.riday5.com/?p=1549

1. The Magic Word is “please,” but what’s the magic gesture?

In Hawaii that would probably be the "shaka" sign which is a local acknowledgement of "yeah, you're cool" or "thanks brah"!

Gotham City in the Batman comics, movies and TV (aka New York City). At least in my mind that is what I would consider "The Big G". Certainly not Grand Rapids or other urban areas that start with that letter.

3. Elvis Presley is the King of Rock and Roll, but who’s the king of your personal music collection? 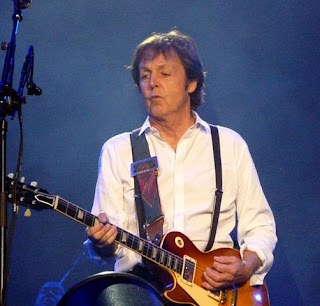 King of my personal music collection: Paul McCartney collectively dominates my music collection because he recorded so many albums and singles on his own and with two of music's most successful rock groups. The Beatles and Wings. Plus he has another music group called The Fireman which I have one CD of. The Beatles by themselves dominate with 638 songs.

In my iTunes alone McCartney rules:

Does not include tracks that are known to have McCartney singing or playing guitar by artists such as Ringo Starr, George Harrison, Mary Hopkin, Elvis Costello, Band Aid, etc.

Many songs from The Beatles and McCartney catalogs are duplicates and variations of duplicated songs such as live versions of "She's A Woman" or "Band on the Run".

Many of my digital songs are duplicates from CDs I own and vinyl records that I originally bought which are not counted in the total above.

The second and third most dominating artists I have are Elton John (384 songs) and Fleetwood Mac (245 songs). Digital, CD, vinyl. In numbers all by themselves for a solo artist, Elton would top McCartney but then he has never been in any official group except for The Elton John Band which is generally credited today as just being Elton John, solo artist.

4. The motherland is wherever you consider your family’s origins, but what’s the cousinland?

My family origins  are in China, Hawaii, Japan and various parts of Europe if you had to mash all of the nationalities that were in my Dad and Mom. They lived in Hawaii all their lives and called the Big Island of Hawaii home. Nearly all of their siblings lived on that island too. So in the end, most of their children who are my cousins also live on the Big Island of Hawaii.

5. CBS calls itself the Tiffany Network, but what would you call the Walmart Network?

Great place to buy a lot of cheap merchandise. WalMart does not run a broadcast network, though they have a website and their internal music service that plays in the store is called, I think, WalMart Music Network.

Amending this answer after I read through a couple of responses from participants: I don't have cable, nor a TV, so my Walmart network is everyman's online streaming network where the price for entertainment is even cheaper than WalMart: YouTube! :)

I also like Fox News and I can get it online for free but I'm not saying where. Fox News also has plenty of clips on YouTube. 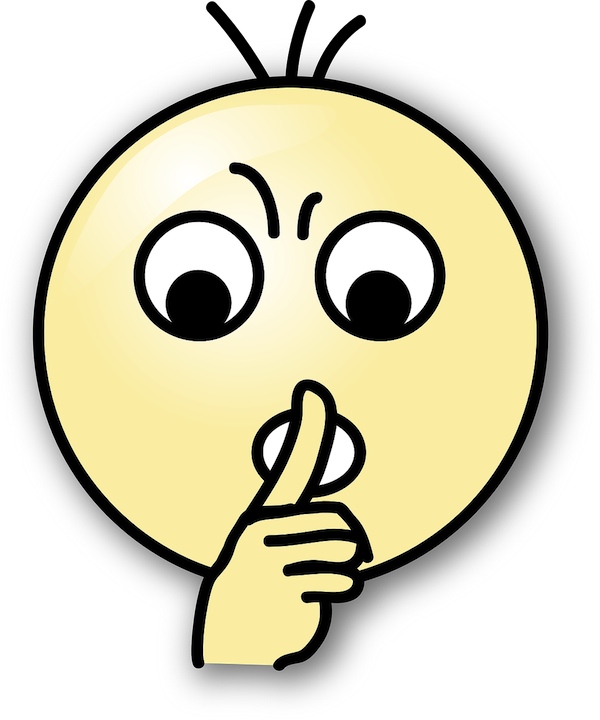 Ssssssssh! It's Scrivener's weekly Friday 5 questions and my answers.

I have a Macintosh app called You Tube to MP3. Figure it out.

2. Who or what do you feel the need to tiptoe around?

3. What’s the dirty secret about the field in which you work?

It's a lot about kissing someone's ass and not making any waves in order to preserve your employment status.

4. What was the subject or your last whispered conversation?

"What was that? I cannot hear. Can you speak louder. Thanks."

5. What’s recently snuck up on you?

Friday 5 for April 14: Nor Any Drop to Drink

"Hello, and welcome to this week’s Friday 5!  Please copy these question to your webspace.  Answer the questions there; then leave a comment below so we’ll all know where to check out your responses.  Please don’t forget to link us from your website!"

1. What’s a memory you have of a nearby stream?

The photo above is of a "stream" that flows in my neighborhood. In 2006 debris clogged this stream, it filled over because of heavy rains and flash flooding... and well, it flooded the roadway and surrounding area. Most of the time the water just slowly trickles down this way pooling deep enough at certain spots to attract the ducks.

"And it goes on and on... watching the river run." - Kenny Loggins and Jim Messina from the 1973 album Full Sail.

3. What fond memory do you have of a lake?

I don't have any fond memories of any lakes since they are relatively rare in Hawaii. On the island of Oahu we have Lake Wilson up in Wahiawa which I never take notice of since I am just driving over the bridge that passes over it. Oh whoopee!

4. What’s the most fascinating sea creature?

The expensive ones that end up on my dinner plate... Mmmm... lobster, salmon, ahi, aku, opihi, etc.

5. What’s something that caused you to cry tears of laughter?

One day my sister and I had a hysterical fit of laughter after she noticed the sad condition of socks filled with holes that I was wearing. This was about 10 years ago.
Posted by Mel at 7:53 AM No comments:

Friday 5 for April 7: Gimme One Reason

1. What makes you unreasonably irritated?

Whenever my computer slows down or freezes. That beach ball of death that spins on the screen drives me crazy when it doesn't allow me to do anything else with the Mac except to force quit the offending app, the finder or rebooting. Often times you can't get to the "Force Quit" menu option even with the 3 finger salute... ARRRRRRRGH!!!!!!!!

2. What are you unreasonably particular about?

For starters, one space after a period at the end of a sentence. Two spaces is like so typewriter and yesterday. If I get a document from someone that has to be imported into something else, the first thing I do is spellcheck and then a search and destroy (replace) of any and all double spaces after sentence ending periods.

Taxes! Life would be a whole lot easier and cheaper if income taxes were replaced with a consumption tax you pay at the cash register. Why should we continually be penalized for productivity (work)?

4. What are the best reasons for working in your field?

Perhaps like minded people within the organization you work for.

5. What are some good reasons for the most recent silly purchase you made?