1. What has there been too much of in your life lately?

Junk food. Need to cut back.


2. In what areas of your life might you currently be overextended?

Keeping up with managing and editing several websites including this one.

3. What seems about to be going into overtime?

4. In what way does your cup runneth over?

When I forget to turn off the faucet while filling up a cup.

And this is the question I wanted to answer. My favorite INXS song? Easy - "Ordinary Sin" has been my favorite song by this Australian band since I first saw the video (posted above) on WTBS Night Tracks way back in around 1983! Boy does that date me. A lot of music that I like date me.

Anyways, my top 5 INXS songs just on a whim are... 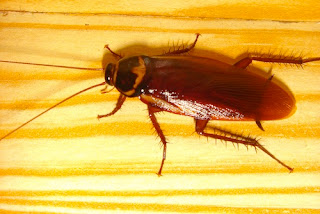 Photo by WmJs. See this picture super sized.
"Hello, and welcome to this week’s Friday 5! Please copy the questions to your webspace. Answer the questions there, then leave a comment below so we’ll all know where to check out your responses. Please don’t forget to link us from your website!"

1. What gives you the heebie-jeebies?

COCKROACHES... especially the big, flying "B-52" sized American Cockroach just like the one pictured above. Horrible creepy creatures. I hate them when they fly. I hate them when they are on the ground. They give me the creeps when I try to kill them... stepping on them makes a horrible crispy cornflakes like crushing sound... and they still get up! And try to run. Repulsive sons of bitches these things are. They might as well be like that big Alien Ripley was trying to kill in those famous movies... yeach!

2. When were you most recently in double trouble?

Nothing recently or even in the not so distant past.

3. What puts you in the mood for some hanky-panky?

I'm a boring person. I don't engage in such activities.


4. What easy-breezy task is still a pain in the neck to accomplish?

5. What area in your life seems especially rife with mumbo-jumbo?

Catching Up with the Friday 5

This week I have answers to 2 Friday 5's. I looked at last week's 5 and thought they were good enough to answer one week late. I was not near the internet too often last weekend.


The Carpenters... Karen and Richard. Unbelievable that Richard is now 64. Wow.

I totally relate to their music since my long ago deceased sister first became a fan. "Now and Then" with the extended "Yesterday Once More" medley combined with 60s oldies is my favorite Carpenters song / side... great stuff!!!!


1. Why do birds suddenly appear every time you are near?

They long to be "Close to You" and looking for a free handout!!!!

2. What always gets you down? Paying taxes.


3. If you had to live yesterday once more (literally yesterday, as in Thursday the 14th), which part might be worth writing a pretty pop song about?

4. Where’s the coolest place you’ve been where you could look “down on creation?”


5. What’s something in your life that has only just begun? Diet. 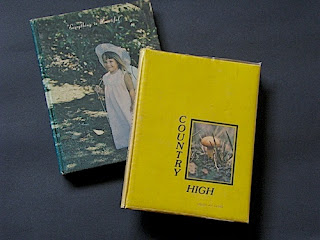 1. Do you still have your senior yearbook? Where is it?

Yes. It's at my parents' place. I have a photo of it and the previous year. See above.

2. What souvenir did you bring back from your last trip?

Pictures and a video clip of my Dad.


3. What visible signs are there of your most recent injury?

Scratch on my knee from Poof the Cat.

Can't recall any recent or distant ones.

5. What do you do with playbills and movie-ticket stubs? 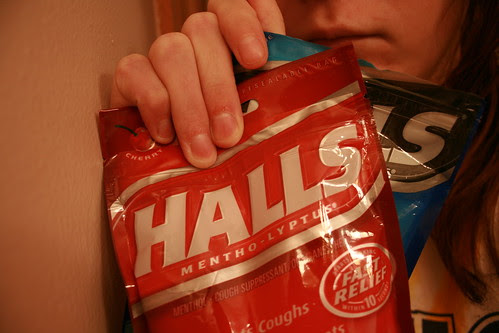 Hello! Welcome to this week’s Friday 5! Please copy these questions to your webspace. Answer the questions there, then leave a comment below so we’ll all know where to check out your responses. Please don’t forget to link us from your website!

1. What was the last thing you dropped on the kitchen floor? Ice cubes.

2. What cough drops do you like, and do they work very well?

Halls mentholyptus - the red, blue or clear white ones. They provide temporary relief form sore throats and coughing, but no cure.

3. Who was the last person you dropped off somewhere? My boss at the airport.

4. When were you ever dropped like a bad habit?

5. What are your favorite kind of raindrops?

The ones that drizzle, barely touches the surface and then instantly evaporates.

One of my favorite songs about "drops":

Kenny Rogers & the First Edition
Just Dropped In (to See What Condition my Condition was in)
Posted by Mel at 7:00 AM No comments: