Friday 5 for May 18: How About a Knuckle Sandwich? 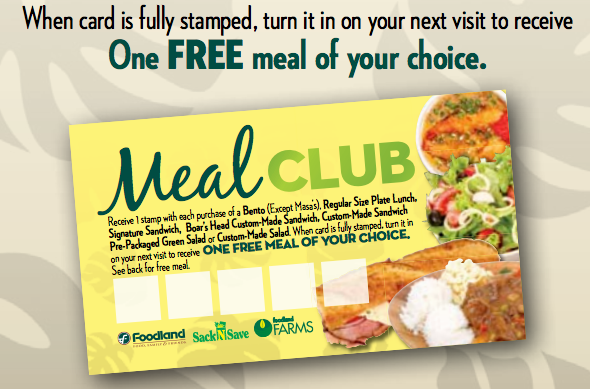 The original Foodland Meal Club card when it first started.


The following questions are from Scrivener's Friday 5 weblog.

1. When did you last punch someone?  Alternate question: When did someone last punch you?

That was probably in 6th grade or even earlier. I can’t remember. I haven’t punched anyone in decades or have been punched since. I try to avoid violent physical stuff.

2. How many of those frequent (whatever) stampcards / punchcards do you have, and which are you most likely to fill and redeem?

Foodland Meal Club card. When you buy a ready made sandwich (knuckles not included) or bento lunch, you get one stamp. Collect 7 stamps and you get a free sandwich or bento. I have used these several times over the years.

3. When have you had a really good fruit punch?

I can’t remember. Since my heart surgery and pre-diabetes diagnosis, I’ve more or less avoided nearly all sugary drinks.

4. What are your thoughts on boxing?

I’m not a fan of sport fighting of any type. Surely boxing, wrestling, mixed martial arts, etc. are very popular. They are good for the promoters and pay per view TV networks, I just am not very interested. I have watched a few of the classic fights in the past, but none have moved me to fandom of any type. Overall I am not a sports fan of anything. I enjoyed watching the “Rocky” movies more than the real thing.

5. When do you usually punch in and punch out?

This song of course goes synonymous with the "Rocky" movies, the third one in the series:

Been a few weeks since I did one of these Friday 5 blog postings. So here goes with my first post for May, 2018.

1. What’s something you remember about your high school graduation?

I attended the graduation for sure and walked the line to pick up my diploma. I think my parents were proud of me... most parents usually are. After graduation, we had a small gathering of my high school classmates and fellow graduates over at my home.

2. If you were asked to speak at a commencement ceremony this year, what would be the theme of your message?

Make America Great Again - It will be good for you and for our country. We need a strong country that is centrally focused on us, while retaining those important, traditional values that have made the United States the greatest nation on earth. Dedicate your lives and work to preserving and supporting our freedoms and the Constitution in all that you do.

3. What items in your possession are marked with the name or logo of your high school or college?

I have no idea where my high school diploma is. I am sure that has the State of Hawaii seal on it, since I graduated from Honokaa High School in Hawaii. I know I have my diploma stashed away from my college. It's in a file drawer, still in the foldable, red binder or whatever it is called. I think I have some class key or something from Honokaa, but don't know where that is. I was never one to buy trinkets like class rings since I considered them to be a waste of money. I do have my high school yearbooks.

4. What do you expect will be your next rite of passage?

Well the next major thing will be death! Came close to that in late 2015. Enjoying my reprieve on life so far, but as the years go by the only thing that will be a major rite is passing on hopefully to that realm where the bright light shines ever so white and forever. Otherwise I am doomed.

I can't think of anything recent since I rarely go to the movies or have seen many new ones (post 2010)..... My vague memory would like to recall the following:

Legally Blonde - Ellie did graduate right? Loved her pink Apple iBook G3. Been a few years since I last saw this comedy.

Back to School - Didn't Rodney Dangerfield's character also graduate? I think he did... this came out in 1986 and was one of two movies out that year that pushed the old Isley Brothers song "Twist & Shout", covered by The Beatles, back to the Billboard Hot 100 chart that year. The other movie with the Beatles song the same year was of course, Ferris Bueller's Day Off.

OK those are the only two I can think off right now. I may amend this after I see some of your responses or think of another movie.