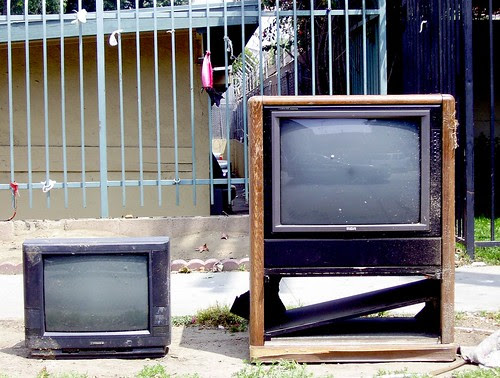 Let me premise this by saying that my TV broke a few months ago. I have decided not to buy one for the time being. I have also discontinued my cable TV service and don't intend to re-up once I get a new TV.

That said most of my "TV" viewing is now done online with my computer, and much of it is free except for my monthly internet access fee.

1. What are your thoughts on late-night television talk shows?

Never watched any of the late night talk shows with regularity. If I did it was boring old ABC News Nightline or something on Fox News Channel.

2. What television program is so bad you can’t believe anyone watches it?

The following are current TV shows that stink:

NBC - most of their shows stink lately except for most of the Law & Order franchise.

Fox - Glee, Family Guy, So You Think You Can Dance, American Idol

CW - Everything on that network stinks.

Cable - All of MTV and VH1 suck - they don't play music videos anymore.

One of the main reasons why I canceled my cable is because I hate paying for junk I never watch. Why subsidize this crap when I only want to watch a few shows on some channels? I can find several good shows for free online via some of the networks and places like Hulu.com and YouTube. Besides standard TV shows, there are many types of unique videos hosted on YouTube and other services such as Vimeo and UStream.

3. In what way have your television-viewing habits changed over the years?

Since I stopped subscribing to cable I watch way less TV and get most of my content from the internet. Plus I have more time to watch my DVD collection.

As a general thought over the years I have tended to watch more Fox News, C-SPAN, some Discovery and History Channel and occasionally Animal Planet.

I used to subscribe to HBO a long time ago, but after my Betamax died, I discontinued. Back in the 1980s the VCR and HBO (as well as other pay movie services) were a great way to record movies to build a relatively cheap collection.

DVD and DRM changed all of that. I like DVD and maybe will like Blue Ray too. But I absolutely hate DRM. Don’t know what DRM is? Look it up! I'm not a fan of DRM.

When I do get a set again, the computer will be hooked up to it , as well as the DVD player. I have decent over the air digital TV reception, so definitely an antenna set up will also do. Plus I may get either a Roku Box or Apple TV… anything that doesn’t require me to pay additional monthly fees is game for me.


4. If you were in charge of the universe, what changes might you make to television?

Too many that I could think of, but a few that I would implement include:

Allowing viewers to have ala-carte cable. Offer that as an option instead of bundling everything as a package. Let the buyer pick and choose what they want. If no one actively subscribes to a network, then let that network go out of business. TV networks that don’t get viewers should not be allowed to stay in business.

I think they future of TV lies mostly with the internet. We will get ala carte TV as more and more people slowly drift away from the current cable TV and satellite offerings. Hulu, YouTube, NetFlix, and other services are in the wings ready to eventually become mainstream.

5. What is most likely the very next thing you will be watching on television?

Nothing! My TV is broken. I’ll be watching something on my computer -- more than likely a music video on YouTube, a local newscast snippet or a clip from Fox News TV.

Anyone who wants to suggest more online places where we can get interesting content let me know. Leave a comment below.
Posted by Mel at 10:45 PM 1 comment: 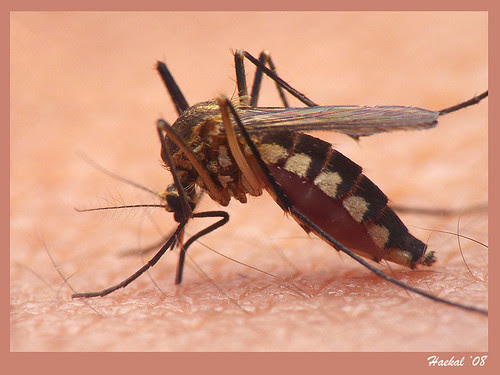 I try not to draw attention to myself.

1. Among people you know, who seems to be most attractive to mosquitoes?

Not too many mosquitoes in my area.. so no one in particular. You need a source of standing water nearby to attract mosquitoes.

2. Among people you know, who seems to be most attractive to illness-causing viruses and bacteria?

Illness attack people I know at random. There is no one person that can be singled out.


3. Among people you know, who seems to be most attractive to rip-off artists?

A few years ago I would have said my mother. Not anymore. She learned.


4. In what way were you recently the object of unwanted attention?

A few years ago a photo of myself was maliciously used on a website. I hate having my picture taken.


5. When you go out with friends, which of you is most likely to be flirted with?