Friday 5 for January 27: Shiver Me Timbers

Shiver Me Timbers! The title of this week's Friday 5 got me to think about pirate ships. How wrong can I be? None of these questions refer to anything about pirates or sailors. Don't they say "shiver me timbers"? Probably not. I think I first heard this phrase in one of those old Popeye the Sailor Man cartoons.

That said, here are my answers to Scrivener's Friday 5 questions this week.

1. When did you last make what could be described as a wriggling motion?

Do I wiggle? I am too old and stiff to do anything that requires wiggling. Maybe I reluctantly wiggled into something... um... yeah, a parking space! The parallel parking kind which I hate if you have maneuver your vehicle in between 2 others.

2. What never fails to give you the willies?

Those big damn flying American Cockroaches that can walk upside down on your ceiling. If you are in a dark room at night you sometimes can hear them wiggling and rustling their spindly legs and bodies over loose papers or whatever. The worst is when they fly and attack you! Yuck. I hate them. Gotta keep baited roach traps, cans or Raid, "slippahs" and a broom nearby.

Those big roaches give me the creeps! I hate having to deal with one of these invaders, especially in my small apartment where I don't have much room to run after spraying the damn thing with Raid. Often I spray, run out of my apartment and wait for an hour for the roach to die.

In the meantime the damn thing is running all around your home going crazy because of the deadly chemicals sprayed onto it, touching everything in its wake with those awful spiky and spindly legs!

Sometimes I bravely wait for the roach to crawl over the tile floor and either hit it with a shoe, "slippah" or the broom.

The aftermath of a roach encounter can be a time for the willies too, as you have to scoop the supposedly dead body of the thing and figure out a method of quick disposal. The offensive bug is not completely dead. Even after crushing them, roaches still kick and attempt to run.

The squirmy reaction to these big roaches only occurs if I am in an enclosed space... like my home or other, small indoor setting. I need a space to flee!

Outside I can flee or if I am lucky enough to be wearing shoes, step on them. I mostly opt to flee. 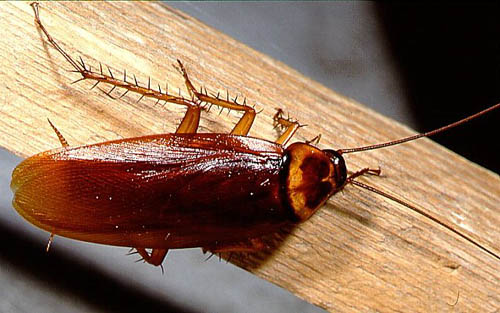 The American Cockroach. Yuck! (Photo not by me)

3. What’s something you’ve seen on TV or in a movie that made you squirm?

I don't squirm at movies or for TV shows, unless it is a real life documentary or a graphic news clip where a terrorist cuts off someone's head or something. For most movies, if I see a squeamish scene I will disassociate myself from the plot and think "how did they make or do that"?

4. What’s something in your life that could be described as serpentine?

There have been times when I have been mean or as cold as a snake.

5. Where can you get a really great shake?

Big Island of Hawaii - Volcanoes National Park: Also San Francisco - Los Angeles - just about anywhere in California - Japan - the Pacific "Rim of Fire". Get jolted by an earthquake? A big one 5 and higher? That is a big shake... big jolt... damaging and even deadly. Here in Hawaii we occasionally get big, damaging earthquakes in the magnitude 6 and 7 area. Scary!

We can work it out. Photo by Mel on Flickr.

It's Friday the 13th and here are the questions for this week's Friday 5 as presented by our good friend Scrivener.

1. What’s a real-world lesson you learned from your first job?

My first job was working at a pharmacy. This was a very long time ago. I don't remember any "real world lessons" except that you obeyed what you were told to do -- the boss is usually always right -- and being it is your first job, you learn new things. For example in this job I learned about the extraordinarily high prices of prescription drugs. This was back in the 1970s and some pills cost hundreds of dollars. The same ones probably cost a thousand dollars today. That is why we have to get medical insurance that can cover the high prescription drug costs. However, the cost of medical insurance keeps on getting higher every year.

2. What was pleasantly unexpected about your current (or most recent) job?

Learning a lot about how government functioned and what people did to build relationships, connections and lobby in that realm was eye opening when I first started working at that venue. Government is all about who you know, how much you can contribute to a particular cause and how big of a number you can get to advance your agenda.

3. What are some identifying tools of your trade?

For most of the recent jobs I've had, the two most identifying tools for me are 1. the computer (I would think a vast majority of jobs require computer use) and 2. the camera (when applicable I've applied my photography hobby to my trade). Hopefully the camera will become more of a job focus as I search for something new to do. Other tools or skills that I use include writing, editing, page layout, design, blogging, minor coding, organization and management.

4. What’s something a job required that you thought was far outside your skill set?

Event organizing at one time was something that had to be learned on the job. Coordination of venue, time, people, materials and a whole lot more takes work way in advance of the event. It can be traumatizing at the beginning, especially when things don't go as planned. You have to be careful and mindful that something unexpected will happen. People are always a huge variable. Will they show up, will they have parking, can they speak, do they need assistance, etc.

After doing a few events anyone tasked with the job will learn and be able to handle the next event with increasing ease, based on what you previously learned.

5. Robert Frost wrote, “My object in living is to unite / My vocation and my avocation / as my two eyes make one in sight.”  To what degree have you united your vocation (your job) and your avocation (your hobby)?

Whenever I can blend photography with a job that I am doing would be a good thing. I am still fascinated with computers, so that will always be whenever I use one. There is always something new to learn doing both. 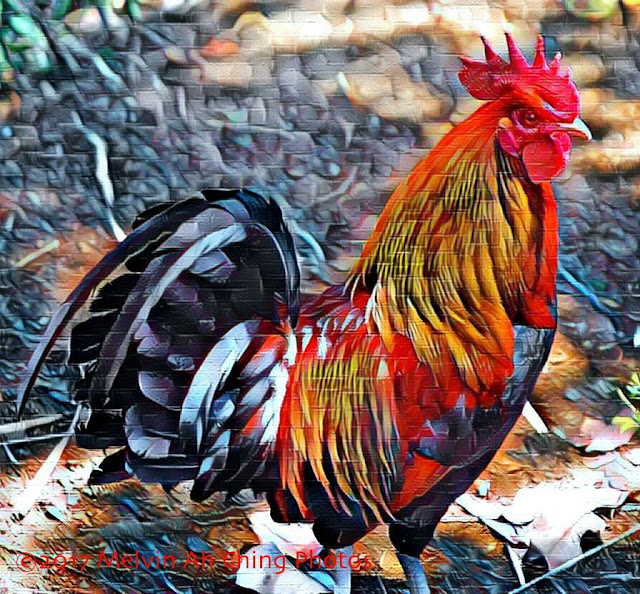 1. In what ways are you like an ox? Stubborn.

2. In what ways are you like a rabbit? None.

I was born in the Year of the Rooster.