Friday 5 for July 29: Neither Here nor There

"Hello, and welcome to this week’s Friday 5!  Please copy these questions to your webspace.  Answer the questions there; then leave a comment below, so we will all know where to check out your responses.  Please don’t forget to link us from your website!" 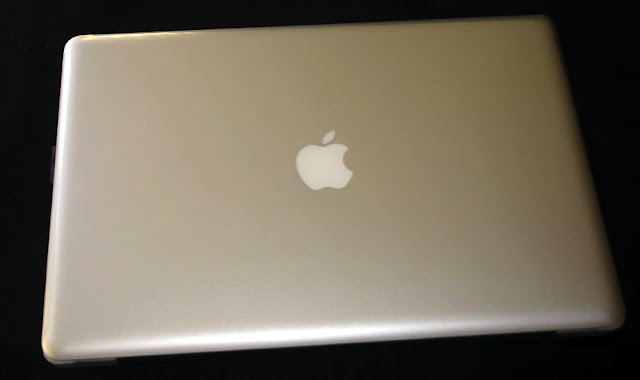 1. What’s something you have a love-hate relationship with?

Apple in general, my various Macs. Overall I love them, but like any other computer they do act up (I hate freezing; watching that miserable beach ball spin) and sometimes crash. I also don't like it when your Mac can no longer take software updates to apps and the operating system! Arrgh. I spent big money for this stuff and I only get 5 years of active support? Something is seriously wrong with this.

After many years of being a dedicated Mac user, a new interloper has come in: Chromebook. Hugely affordable and more secure.

I don't do Windoze.

2. What’s an issue you’ve teeter-tottered on?

Net Neutrality: Still not convinced one way or another. Some days I hate it and others I like the idea.

3. What was the topic of your most memorable back-and-forth with someone?

Recently the state of my health.

4. In personal and professional relationships, which end of the give-and-take do you seem to do more of?

It depends on the issue.

5. Which of your recent days was the most up-and-down?

The hours, days and a few weeks after heart bypass surgery. Certainly a downer when you have a heart attack, and then they cut you up. The road to recovery is slow and painful at the beginning. But now I can say that I feel better than I did more than 6 months ago.
Posted by Mel at 5:20 AM No comments:

1. What's your favorite beverage that has chocolate in it?

3. What's your favorite mention of a drink in song?

"Escape (The Pina Colada Song)" from late 1979 by songwriter and singer, Rupert Holmes. It's a great romantic story song and to me quite a flip for this guy who years earlier in 1971 wrote the song "Timothy" for the rock group, The Buoys which is about guys trapped in a mine and eating their dead co-worker.

4. Roy Rogers, Arnold Palmer, and Shirley Temple are among people who have mixed drinks named after them.  What would a drink named after you contain, and what would each of the ingredients represent?

I don't think anyone would want a drink with my name attached to it. Certainly my drink would be non-alcoholic and contain water as one of its ingredients... Can't think anything else that I would add to it... water is pure as one can get.

5. Besides milk and cookies (cause thats really too easy), what are a food and drink that you must have together?

For 99% of the time, I only drink water. In recent years I have severely cut back on juices and carbonated sugary soda drinks... re: no more Pepsi. I don't do alcoholic drinks either... so the answer to this question is water.... water... and water!

Please don’t forget to link us from your website!

In honor of this week’s Emmy nominations."

1. What TV series have you watched every episode of?

I have watched every episode of the following:

2. What are your favorite instrumental and vocal TV theme songs?

3. What’s a TV series you stuck with even when it got bad?

- The X Files: First 6 seasons were great then it slowly deteriorated.
- LOST - I was lost at times trying to follow this; the ending was lame.
- L.A. Law - Slowly went downhill as original cast members left the show.

4. What supporting TV character would you like to have seen featured in his or her own spinoff?  If you’re feeling creative, what would be the premise of that series?

- "The Adventures of Lyta and Gkar" - characters from Babylon 5 who left the station and became travel companions.
- "Rebuilding a Fallen Empire" - Emperor Vir Cotto's story after the death of Londo Mollari (in Babylon 5)

5. What is the single funniest moment on TV you have ever seen?

Can't single one out, but several are memorable. Don't know if they are the funniest.

OK. yes, I watched a lot of Seinfeld but I cannot say I saw them all. 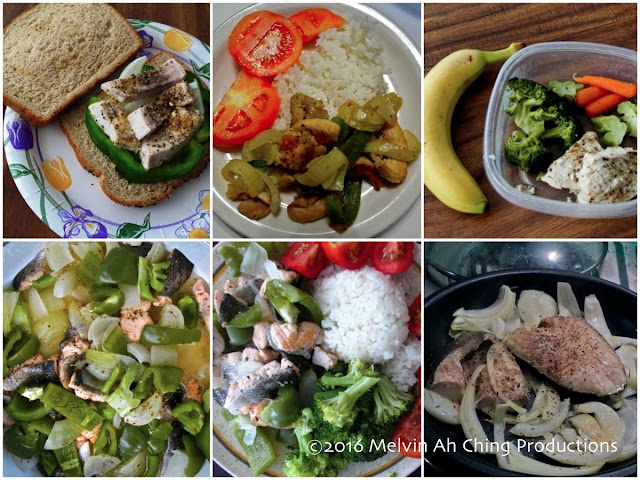 Please don’t forget to link us from your website!"

I premise answering this by stating that I have had to cut back on a lot of different types of food since I had heart bypass surgery. And since this blog entry is about health, I am also cross posting it to my Bypass Avenue blog. I had to change my lifestyle as to not eat out very often, especially at plate lunch places and other fast food restaurants. For most of my life I was a junk food junkie until it almost cancelled out my entire existence.

1. What constituted your most recent six to eleven servings of bread, cereal, rice, or pasta?

Recently Cheerios cereal but also Corn Chex, Rice Chex and Quaker Oats oatmeal. Multigrain bread, English Muffins, Minimal scoop per meal (not always since I had to cut back) of brown rice.

2. What constituted your most recent three to five servings of
vegetables?

Eat a lot of veggies every day. Most recently - Onions, Zucchini,
Broccoli, Bell Peppers, Mushrooms, Carrots, Tomatoes, Cucumber, Manoa Lettuce - Eat most just raw/fresh, other times cook with protein food such as fish or chicken, or just boil / steam them - like broccoli and carrots.

3. What constituted your most recent two to four servings of fruit?

4. What constituted your most recent two to three servings of yogurt, milk, or cheese?

5. What constituted your most recent two to three servings of meat, poultry, fish, dry beans, eggs, or nuts?

Salmon, Saba Fish, Ahi so far this week. Salmon is my favorite.

I like nuts but can't eat them all the time. 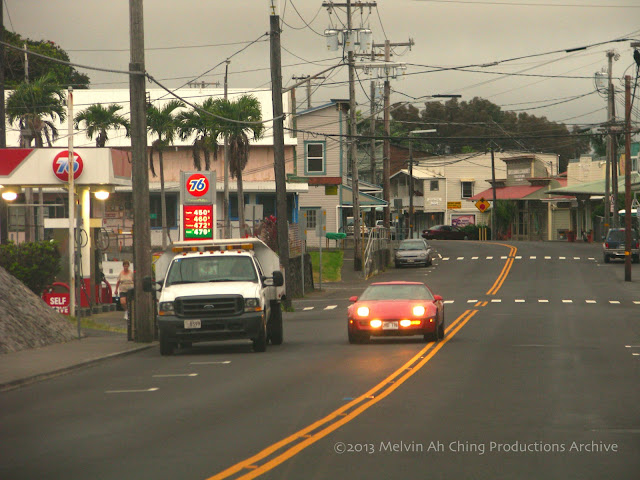 1. How long would it take you, via the quickest means available, to get to the place of your birth from where you are right now?

Driving from my place to Honolulu International Airport - About 15 minutes in light traffic.

Arrive at airport one hour before flight time, check-in and all that - 90 minutes.

Drive to my sister's place in Honokaa - 50 minutes.

So let's add this up: About 3.5 hours travel time to get to my hometown and childhood home.

2. If a traveling food show were to visit your neighborhood, what are some unique, regional foods it would spotlight, and where would it go to get them?

While not exactly a traveling food show, our neighborhood has about 4 or 5 lunchwagons parked on several of the side streets in the area. They are "traveling food shows" in the fact that they have plate lunches, bentos and drinks for sale. Most of them sell popular ethnic foods which is quite common in Hawaii.

3. When were you last in ocean waters?

Got my feet wet last month walking along Waikiki Beach. I live about a mile away at the closest point.

4. What disposable item do you almost never use because you greatly prefer the non-disposable version?

In the 1990s and early 2000s I would have to say cameras since I always preferred a regular camera over the cardboard disposable ones. Today you can hardly find a disposable camera around.

5. What's the schwag that's physically closest to you right now?

I don't go to enough events to get any promotional items. I guess the annual car show is the one I have gone to in recent years where I have picked up brochures, free bags and other small items. The best schwag I get from them is a free yearly Motor Trend magazine subscription just to fill out the annual survey online.