This week’s 5 are in honor of a certain award-winning American TV series finally coming to its quirky conclusion (this week and next, I think). What? You thought finale meant the bowing-out of Friday 5? Ha! In your dreams! Friday 5 cannot hope to be stopped; it can only hope to be delayed a few hours, as with this week’s questions!

1. What television series finale did you particularly enjoy?

"Sleeping in Light", the last episode of Babylon 5 that wrapped the 5 year story arc to the award winning science fiction TV series. 1993 - 1998. My favorite TV show ever.

2. What television series finale did you think was a disservice to the series as a whole?

Just about anything that was not a finale because the series ended due to low ratings and network cancellation. One of the worst for me...

The final scene in season 2 of Michael Mann's hard hitting NBC-TV series Crime Story. Lt. Torello and his nemesis Ray Luca are fighting in a plane that is in a steep nosedive and crashes into the water... umm... yeah are they dead or what? Did the producers know the series was going to end? Very disappointing end to an otherwise good series.


3. What is your favorite dessert?

Not in any order - pumpkin pie, chocolate cake, custard pie, ice cream, whatever.


4. What were the circumstances surrounding your most dramatic exit from a room?

Kicking an effigy of Obummer in the butt.
Posted by Mel at 3:30 PM No comments:

I don't get this Friday 5 on Book Titles cause I never heard of any of these books and most of the questions do not apply to me.

1. What color is your parachute?

I don't skydive. I don't own a parachute. One is required if you plan to jump out of an airplane.

2. Who moved your cheese?

Not in my home.

5. What’s happening to your body?

Getting older by the minute every day and every hour. Can't stop it. Sad.
Posted by Mel at 3:15 AM No comments:

Friday 5 for Friday the 13th - Shapes

Hello! Welcome to this week’s Friday 5. Please copy these questions to your webspace. Answer the questions there, then leave a comment below so we can all check out your responses. Please don’t forget to link us from your webspace!

1. What is your favorite shape of pasta?

I like spaghetti, so I go with the long spaghetti noodles that I can pour onion mix meat sauce and meatballs over. The long shape is perfect to wrap around your fork.

2. Which of the Lucky Charms marshmallows is (or was) your favorite?

Never gave that much of a thought, but I guess I'd go with moon and stars. Not the biggest fan of that cereal.

3. Of people you know who are older than forty, who’s in the best shape?

Some of the people at work.

4. What shape is one of the more interesting scars on your body?

My birthmark is not a scar and maybe shaped like a pineapple.

5. Of a human’s internal organs, which you think has the most interesting shape?

Never gave that much thought but perhaps the brain. It has to fit in our head without oozing out through our eye, ear and nose holes.

In conjunction with this week's theme, I leave you this video from 2006 called "Pull Shapes" by the British rock group The Pipettes. 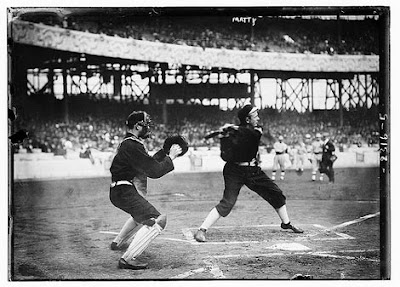 This week’s (Friday) 5 honors the World Series. Yes, it is the second set of baseball-themed questions we’ve done in the past couple of years. It’s okay.

1. According to the cliche, if you “spare the rod,” you “spoil the child.” Who in your life was probably spared A Rod while growing up?

2. In how many directions this week did you feel you were being Yanked?

Maybe one or two, but not much.

3. On whom have you depended for relief this week?

4. Who deserves a standing ovation this week (or even a hip-hip Jorge)?

My Dad for just being so resilient and even stubborn in his old age. He lives life one day at the time.

5. When did you last have a taste of Champagne?

I don't drink alcoholic beverages - so the answer to this is "never". Remember folks, if you drink, don't drive!
Posted by Mel at 9:15 AM No comments: