RED: The color a lot of people's bank accounts will be after the State of Hawaii and Federal Government tax increases take more of our money!!!

And now the questions as asked from the weekly Friday 5 website:

1. What is your favorite red food?

Probably some sort of sashimi dish or poki aku or ahi. For you mainlanders that is raw fish. Yum!


2. When were you last caught red-handed?

When I accidentally cut a finger with a knife a few months ago.

A shirt that I wore to the Tax Day TEA Party. That shirt symbolizes all of the red ink our wallets and bank accounts will incur after the tax increases passed by the Hawaii State Legislature and the Obummer administration kick in.


4. Who's got the loveliest red hair?

Can't think of anyone I know personally.

There are hundreds and thousands of famous personalities with that trait. I guess for me it would be Marcia Cross an actress who is on the TV series "Desparate Housewives". I think singer Neko Case is pretty too. Years previous, I'd also vote for actress Molly Ringwald. She was pretty sweet in the movie Sixteen Candles.

Of course who is a true red head these days since anyone can color their hair red or all other shades of the rainbow.

5. What are your thoughts on the 2002 Baz Luhrmann film Moulin Rouge!?

Never saw the movie.
Posted by Mel at 6:30 AM No comments: 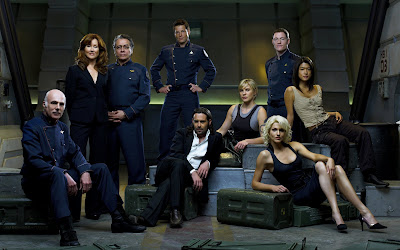 1. What Rolling Stones song best summarizes the week you just had?

"Time Waits For No One", and it won't wait for me..... yes, I got sick this past week and missed a lot of things and had to catch up for a while on stuff. Actually a better song for me this past week would have been Aerosmith's "Sick as a Dog".

2. What movie reminds you most of your childhood?

Too many to mention... but probably the original "Planet of the Apes" with Charlton Hestion is my late childhood favorite since I saw that several times in the theater between 1968 to 1970, when it was double billed with “Beneath the Planet of the Apes”... The movie often brings back childhood memories for me when I think about the childhood friends that I went to the theater with to see this movie.

3. What part of the newspaper do you never (or almost never) read?

The classifieds, most of the sports section, some of the world news section, it depends on the paper. Classifieds are really a waste of time since there are hardly any ads other than those put up by car dealerships and real estate firms. We can all thank Craigslist for this since most of the real world classified ads now appear online at this free service.

I also never read horoscopes (waste of time and I don't believe in that crap), bridge column, Dear Abby, crossword puzzle, most of the liberal left opinion writers.

4. What television show is a lot better than you thought it would be?

The most recent one would have to be the re-imagined Battlestar Galactica which aired on the SciFi channel for the past 4 years between 2005 – 2009. It was based on the original series of the same name which aired in the late 1970s.

The new version blew that old one out of the water with a better, darker storyline that unraveled like a serial over its 4 year run. It had better character development , some twisted storyline sub-plots, a mythical ethos, death, destruction and better special effects.

The new version of V is also better than its 1980s original, though the original mini-series from 1983 that started it all still holds strong today IMO.

5. What station is the radio nearest you set on at this moment?

KHVH 830 AM News and Talk. I have several radios and most of the time when I listen to radio today, I am on KHVH. They air my most of my favorite conservative talk radio shows including the locally hosted Rick Hamada Show, and the nationally syndicated Rush Limbaugh, Sean Hannity and Coast to Coast AM shows. Yes, I am a Tea Party conservative and in this day and age when Obummer and his ilk are driving our great country further and further to the left in their unlentless march to socialism, it is conservative talk radio and Fox News Channel that we need the most in today’s twisted world.

Photo: Cast and characters of the re-imagined Battlestar Galactica TV series.
Posted by Mel at 2:30 AM No comments:

2. What in your life is threatening to go to hell in a handbasket?

Higher taxes, more cost and less freedom due to the liberal wackos in charge of running our country and the socialist state of Hawaii.

3. What was the occasion for your receiving your last gift basket, and what was in it?

Have not gotten a gift basket in recent years.

4. When could you last have been described as a basket case?

When I had to have an invasive medical procedure done on me last year.

I keep my bread in a cupboard. The green bread stays in the bank.

Answer these questions at the Friday 5 weblog.
Posted by Mel at 6:33 AM No comments: