It's Monday and I have to say "Happy Returns" to Scrivener's Friday 5 site after a major hack occurred there. In catching up with my own answer blog here, these are my responses to the January 26 post:

1. What was the last item you returned or exchanged at a store? 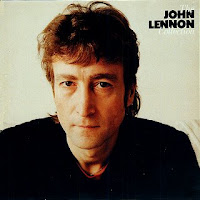 Recently I can't think of anything significant. I have returned food items because they were prepared wrong (eat out) or had an expired pull date (super market). The one that comes to mind which is also not that significant many years ago, is a CD of "The John Lennon Collection". When I opened the CD, it was labeled correctly but the music on it was like totally wrong. Since the CD was a brand new purchase (I tend to buy a lot of used CDs and vinyl) I took it back to the record store, told them to play it and they were also surprised to learn it was somebody else (can't remember what it was but the music was not even rock).... The store Scriv? Records Hawaii... so that was long ago.

2. When did you last leave the house and then turn right back around and go back inside?

Often. I walk down the hall to the elevator in my building and suddenly before I step in, I think... "did I lock the door", "is the refrigerator door properly closed", "did I turn off the stereo, lights, stove...." "do I have my driver's license, wallet, debit card," "I forgot Lisa's whatever it is I was supposed to take to her," "oh shucks, I forgot my tripod", "I need that extra battery for the camera", "I should take the junk cell phone with me because it is raining", etc.... so yes, way too many times.

3. What’s the latest you’ve ever returned a library book?

Ask me about the library book... well not really, but magazine that I never returned... Popular Science I think from way back in 1969! The library was on a paper system so that mag is not even tracked today. I think that magazine is long gone... yes, back in the 1960s and 70s the local public library (in Honokaa) would let you borrow magazines. I don't think we can do that today.

As far as books go, it has varied from a few days to weeks. My current unpaid fine is around $4 so not that much.

4. What location among places you’ve traveled would you most like to see again?

I haven't travelled much. I haven't been to the Big Island of Hawaii now in over a year, so that would be my #1 travel destination mainly because my sister still lives there. I also love driving around the island and going to see the volcano, ranch lands, waterfalls, flowers, beaches, etc.

I have been financially struggling lately so the cost of an airplane ticket is currently beyond me.

As for other places I've been, Kauai and Maui are good for starters and so would the few other places I have seen on the U.S. mainland and Canada that I visited way too long ago would be worthwhile, all of the above to just take new, updated photos of the places.

Just going out of Honolulu and into Kailua, the North Shore or Waianae would be a photographic adventure for me as none requires expensive flying, lodging and ticketing.

5. What’s an unlikely movie sequel you’d like to see?


1. Serenity 2 - OK, yes I liked Firefly and if they can't revive the series might as well make a sequel movie to the original "Serenity" which was a sequel to Firefly.

2. Invasion: The Movie - One of several failed scifi TV series from the 2000s decade that deserves at least a made for TV movie to wrap up the storyline.

3. Revolution: The Movie - Another failed TV series from NBC that should wrap up its story with a movie too. I hate cliffhangers that are left hanging forever because the series got cancelled. Maybe that is why I watch less TV these days....

4. The Pod People: Hey what about a sequel to the 1978 version of "Invasion of the Body Snatchers". Donald Sutherland is still alive.... yes, he was fingered by Nancy (Veronica Cartright) who became a pod person... Veronica is still alive.... a few other cast members are alive... come up with a new story like oh... the last humans still trying to stay human despite a world dominated by Pod People some 45 years later.

5. Soylent Green 2: In the end of the movie, Charlton Heston's character shouts out "Soylent Green is People".... so what is the reaction to that? What do the people do years later? Actually this one would be good to remake again if it isn't in the works already....

So there... 5 of them... yes, I like science fiction... now if you ask what movies would you like to change the ending to, I could start with this one....

1968's "Romeo and Juliet"... have Romeo stop on the way when he spots the Friar watering his jackass on the road to the crypt... Had the guy said "Hey Romeo, the whole thing is a scam to save you and Juliet,".... then the tragic results would not have happened. I get frustrated every time I see that scene in the movie... yes, I know it's Shakespeare and you shouldn't mess with that, but hey, all of his stuff is in the public domain. Why not?

Plus Olivia Hussey was such a beautiful babe when I was like only 12 or 13 upon seeing this movie.... probably the first time I saw a boob in the movies....