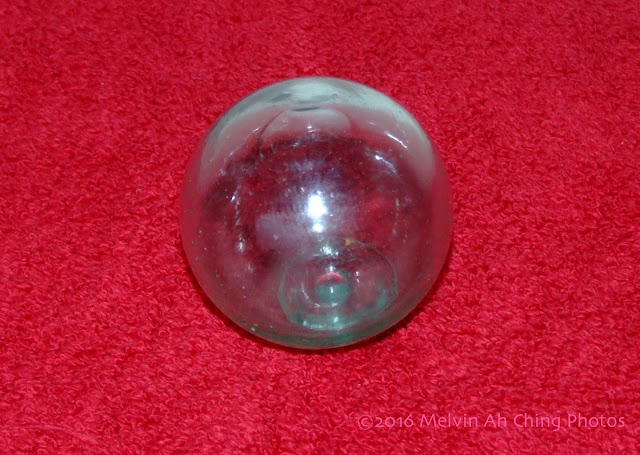 Here are my answers for last week's Friday 5:

November 18 Friday 5: Fair Use1. What was the last thing you put in the freezer not to freeze, but just to chill?Butter that partially melted at room temperature.2. What’s a non-food item you’re storing in a zippered, plastic bag?Accessory cables and gadgets for cameras and computers.3. What’s the most unusual item you’ve used as a bookmark?Voter registration confirmation card.4. What’s something unusual for which you’ve used a kitchen utensil?Butter knife to open locked door or unscrew something when a screwdriver can't be found.5. How many different kinds of balls do you have in your house?I found a small glass ball more than 35 years ago at Clissold's Beach on the North Shore. Counting this one I probably have about 3.... the others being a tin foil ball, and a ball bearing... do marbles count?

1. What’s the tourist attraction nearest you that most people from other places are aware of?

Diamond Head and Waikiki Beach. I live in Honolulu and these are less than 3 miles away!

2. What’s a tourist attraction you’ve visited that was better than you expected?

Most recently the Pacific Aviation Museum which I have visited at least 3 times, though I am always wowed by Hawaii Volcanoes National Park and Haleakala National Park.

3. What’s a tourist attraction you’ve visited that was disappointing?

The White House in Washington DC. I waited in a very long line and we were just rushed through it in like about 15 minutes. Not worth the time standing in line. Better to just get a quick snapshot from outside and then, spend your time at the Smithsonian instead.

Cape Kennedy Space Center was kind of a disappointment too..... just mostly a widespread flat of unused rocket launching facilities and some junk lying around. At the time I saw it at the end of the Apollo era and the Space Shuttle was years away from flight. Perhaps it has changed a lot now.

Too bad I don't have enough money to travel these days.

5. Excluding restaurants, what tourist attraction you’ve visited had the best food and the best gift shop?

I generally avoid those because food and gifts at tourist attractions are usually outrageously expensive.