1. When did you last use a public restroom?

2. When did you last ride public transportation?

3. How far away from your home is the nearest public housing?

Several miles away from the Next Step Homeless shelter and Mayor Wright Housing.

4. Which of your public utilities is the least reliable?

While I have not had a water main break in my area for ages, our city's water system is subjected to frequent pipe breakages every week.

5. What did you last view on public television or listen to on public radio?

For TV that was probably sometime in January. More than likely I watched the show "Nova" on PBS. My TV broke since that time, I dis-contiued cable, haven't bought a new set yet, and watch available TV content online or on DVD. As for public radio, I rarely listen, and when I do it is either "Bytemarks" on Wednesday afternoons or the BBC News.

These questions were generated from Scrivener's Friday 5 weblog.
Posted by Mel at 9:30 PM No comments: 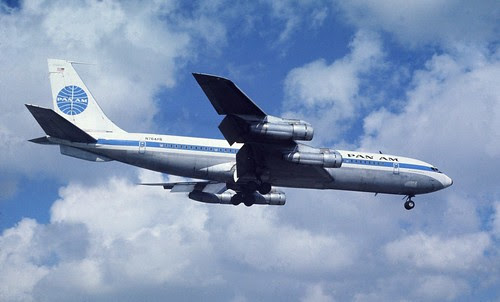 1. What is the longest distance you’ve traveled (in one trip) by foot?

I think the longest was way back in 1981 when a friend and I hiked from the Laie Cemetery up to Laie Falls. That's what 4 miles uphill and then back down??? Don't know. Maybe it's only 2 miles each way.

2. What is the longest trip you’ve taken by car?

Driving around the island of Hawaii (Big Island) - Honokaa to Hilo to Volcano to Kailua-Kona to Waimea back to Honokaa. A few times in the last 40 years.

3. What is the longest trip you’ve taken by plane?

Honolulu to Seattle on a Pan Am Boeing 707. Later Honolulu to Las Angeles and back in a United Airlines 747. Also flew across the U.S. to Boston but made a few stops for several days between points. This was a couple of decades ago.


4. What is the longest trip you’ve taken on some kind of water craft?

Honolulu to Kahului Maui and back on the Hawaii Superferry, December 2007.

Photo: On the open ocean in the Hawaii Superferry. More photos.

The second long trip was last year, 2010 - a trip from Pearl Harbor out to nowhere 250 miles south of Honolulu aboard the U.S.S. Ronald Reagan aircraft carrier. Flew back to Hickam AFB on a U.S. Navy helicopter. All in one day. Reported for online news source. More photos. The photo above was taken in the open ocean far away from land from the bridge deck of the aircraft carrier.

5. What is the longest trip you’ve taken aboard a bus or train?

6 miles on the old Lahaina railroad for tourists.

A trip from Edmonton Alberta to Banff National Park, 1974 on a "Motorcoach" (fancy tour bus).

Questions compiled from the weekly Friday 5 weblog.
Posted by Mel at 3:54 AM No comments: