All questions from the Friday 5 website. Been a while but here goes...

1. When did you last do something resembling a book report?

What would resemble a book report in my life today? Hmmm... nothing I can think of.... Have read a few books but haven't done a book review or report on them... OK I did one short one for an Audible book that I listened to recently. Just never posted it yet. Heh.

2. What was your most recent art project?

I made this banner for the Assistance League of Hawaii website. I have been doing their site since 2018.

3. When were you last called upon to do show & tell?

While I was marketing director for ALH, I occasionally had to give a short report to the monthly meeting.

4. When did you last feel like someone playing hide and seek?

This occurs almost daily.... I cannot find my wallet. I cannot find my keys.... Where is my mask?..... I can't remember where I put the phone.... where is the scissors, my comb, the batteries for the camera flash.... ugh... It's a pain being forgetful and living with some clutter.

5. When did you last have some milk and/or cookies?

I'm gonna answer a few of the questions from recent ones I missed.

June 5: Question #5 - What’s recently been a thorn in your side?

For the longest time RAIL has been a huge thorn... no not thorn... NAIL on my side??? Sick of paying for it and watch my property tax assessment climb in recent years because I live near the end of the rail line and TDI development zone! Ugh... Rail is costing us more than just the horrible GE tax increase... our property taxes are going up because of rail and people on the neighbor islands are also paying for it now. IT is such a fuck-up. I hate rail. I think I would rather die.

June 5 bonus question:  What album has a flawless B side?

The answer to this one is simple... any compilation "Greatest Hits" album all have good B-sides that equal the A-side... However in this day and age how many people actually play vinyl records or cassettes and have to flip the thing over to play a B-side?

You don't have to do that if you listen to CDs or MP3 albums... Everything is on the A side. 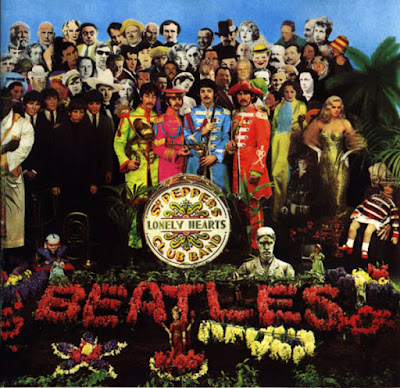 That all said... let me give this one some thought.... my top 5 albums with great B-sides that at least equal the A-side...

1. Sgt. Pepper's Lonely Hearts Club Band - The Beatles
2. Rumours - Fleetwood Mac
3. Goodbye Yellow Brick Road - Elton John (Sides A, B and D are great, C is good too but not as strong as A B D. It was a 2 disc set)
4. Band on the Run - Paul McCartney & Wings
5. Fleetwood Mac - Fleetwood Mac

On all five of these, I have the vinyl record versions that you have to flip over to the B-side to listen to the rest.

1. What’s a movie you once liked but is now unwatchable?

Being a lifelong scifi movie fan, there are plenty of movies I watched when I was a kid that have not stood the test of time when measured with today's standards. So here's a quick and dirty list:

2. What’s a song you once liked but is now unlistenable?

3. What’s a book you once liked but is now unreadable?

Dune by Frank Herbert.... still love it but won't read it again because it is way too long.

4. What’s something you once found unbelievable but whose truth is now undeniable?

None that I can think of. If it was unbelievable then, it is still unbelievable now. OK... the Earth is not flat... hah! Photos have proven it is round.

5. What’s something you once found tasty but is now unpalatable?

Can't think of any. Foods I initially liked, I still like today.