Friday 5 for December 17: Are you prepositioning me?

Here are my answers to the latest Friday 5 blog entry.

1. When did you recently do something on the sly?

If I had to tell anyone, it would not be "on the sly". Pleading the 5th and moving on.

2. Which of your plans for the coming week is still up in the air?

All of them. I live mostly day to day, though I have a plan that will be in motion come January 3. This coming week... nah....

3. What’s happening across the street?

Noise. Big trucks honking their horns, driving to the loading bay area at the nearby supermarket discount store. Directly across the street, cars and other vehicles are passing by, a homeless person is lying on the sidewalk, with birds occasionally chirping.

4. What have you heard recently through the grapevine?

5. What kinds of videos on YouTube are likeliest to send you down the rabbit hole? 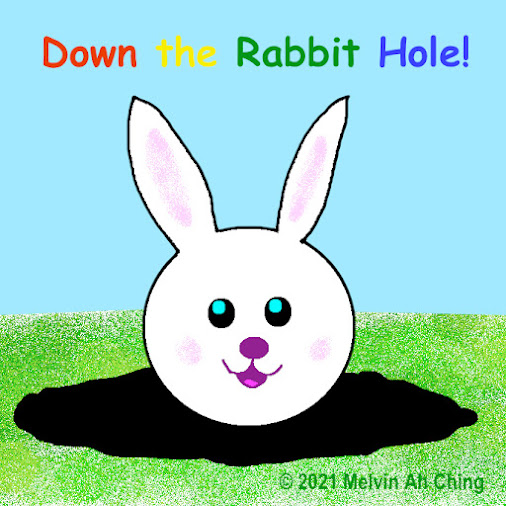 I love YouTube mainly because it is FREE and has all kinds of short and long subject videos. Surely most of it is not high brow television, but there are a lot of good stuff to be viewed there. And all of it is FREE... no subscription fees required except for your internet service.

Oh and if you are annoyed by ads, on a Mac computer just use an ad blocker. 99% of the ads are gone.  That said the Top 10 video subjects that pull me down the rabbit hole:

1. MUSIC - Whether it is the latest music videos, audio of albums I am thinking of getting or looking up old and obscure music, this is the place to be. Plus there are a ton of full on concert films, concert video clips and documentaries, opinion pieces and everything else about music artists, genres, history, technology, etc.

2. PLANE CRASH VIDEOS - A morbid but fascinating subject. There are several people posting air crash videos and the most interesting ones are those that give you the outcome of the crash investigation as to why that aircraft went down.

3. TECH NEWS and VIEWS - If you are into tech of all types, YouTube has everything. The entire TWIT slate of podcasts and live video stream here for free. Learn a lot about your Mac, iPhone, Android, Windows, Linux, Google and a whole lot more not only on the TWIT channels but also from others. Smartphone videos, internet privacy, dumb phones, old computers, old handheld video games, record players, cassette recorders, TV antennas, cord-cutting are all great subjects for tech news, views, instructional videos. Yay!

4. FOX NEWS CLIPS - Since I don't have cable and am to "pake" to subscribe to any news service, I watch the clips Fox News post to YouTube just to see what Ann Colter, Sean Hannity or my other favorite commentators have to say about the current stupidity in our nation.

4a. STOSSEL - Gotta love John Stossel's videos.... love most of his practical ideas.

5. NEWS in GENERAL - I can also watch live streaming from ABC, NBC and CBS on YouTube... big tornado or other storm hits, you go here and jump from channel to channel... terrorists, war, disasters, political crap live from wherever, yep... you can count on the live feeds from the news networks here... This also includes SKYNEWS, BLOMBERG, The Weather Channel, etc. Good for cheap news junkies (not to forget that a lot of this stuff also streams for free on Pluto TV).

6. SPACE - NASA TV, SPACE X and more. IF you love stuff about outer space... well you can watch it all here. Live launches and splashdowns, activities on the space station, views from the space station (24-7 live), planetary exploration, Mars, opinions, history, the future, etc.

8. MOVIES - If you know where to look on YouTube there are free streaming movies. Some fairly well known, others classics and many obscurities + public domain films. YouTube itself has its own free streaming movies (with commercials) as well as pay option movies. But there are others putting movies up that you can watch for free. Can't say they are legit or not, but they are there.

9. DISASTERS - Shipwrecks, earthquakes, volcano eruptions, terrorism, fires, storms, current and historic. I can start on one and never end... go from Titanic to possible calamity that may explode at Yellowstone... and speculative video on the end of the world and when our sun becomes a red giant 5 billion years from now... or was it 5 million? Oh well....