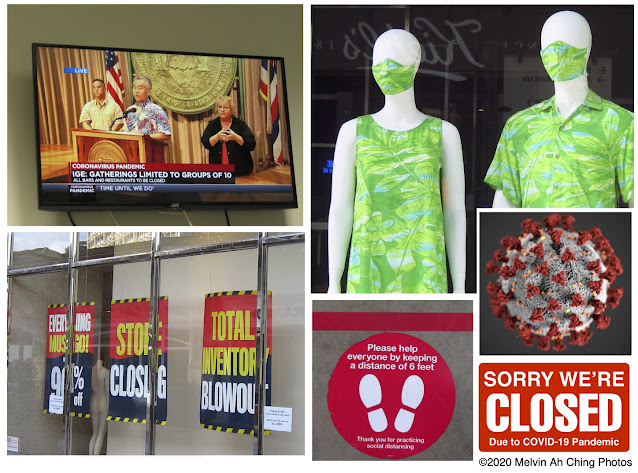 When life comes close to becoming a dystopian, science fiction movie, it is either the aftermath of a nuclear blast or an ongoing plague or pandemic. Fortunately for us COVID-19 hasn't created flesh eating mutant sub-humans yet or even a virus that melts our skin off.

Let's see Mr. Scrivener. What else do you want us to dwell upon? Bring on the Friday 5 Dystopian Questions....

1. In what ways has pandemic life been positive for you?

I started listening to new music regularly again after losing interest for a few months. More so I re-started my Mel's Current Top 20 song chart which I had published off and on from 2009 to 2014 and then again in 2018 and finally again in May 2020. I listened to a lot of newer, mostly top 40 pop and rock music while avoiding most of the rap crap that still pollutes the airwaves today.

Early this year I updated my Spotify playlists after letting them sit idle for many years (the last time I actively used that service was around 2012). Today I am somewhat active but still refuse to pay them a plug nickel for a subscription. I am just happy that I can share my playlists with other people who access Spotify even though I don't keep track of followers or even know if anyone is listening. The commercials there are just too annoying.

2020 was also a good year to sit around, grow fat while watching way too many hours of YouTube videos, Amazon Prime, CBS All Access and Pluto TV. Half the fun of video streaming is finding some new, free streaming service and see what they offer... Oh there it is again... America's Funniest Home Videos, Fail Army, Car Crash Videos, and Airplane Disaster Investigations... plus dozens and dozens of independent video bloggers who cover everything from old 8 bit computers, Brownie film cameras to Flight Disaster re-creations, living in vans, walking around steaming fields of black volcano lava, raising families in Utah, record album reviews, Android news, and God knows what else.

I bet a lot of people became couch potatoes instead of spending time in bed making new people. There was a recent report that I read where the expected December 2020 baby boom never happened.

Yep. Too much streaming video. Thank you Netflix and Disney Plus. Good thing I don't subscribe but then I have never made a baby. Ha!

2. Where (and how often) did you get your pandemic news this past year?

More often than not, local online news sources: Honolulu Civil Beat, Honolulu Star Advertiser, Hawaii Tribune Herald plus the websites of the State of Hawaii Board of Health and other government departments... Plus there was and still is social media..... Facebook, Twitter.... sometimes national and world news sources... Fox News, CBS News, NBC News, BBC World Service just to see what the rest of the world is doing regarding this.

I think local news is more important to the COVID-19 pandemic than the national or world stage. You need to know where you can get the vaccine and what level of opened places the government is allowing. There were too many closed places happening in the first several months of COVID-19. Honolulu was like a ghost town... especially Waikiki.

3. Where did you find unexpected comfort in these crazy twelve months?

Staying home was and still is my comfort zone. I don't really miss people all that much. Since COVID-19 began I avoid most congested and crowded places.. restaurants, crowded beaches, airplanes, busses, and wherever else people are allowed to tightly congregate.

I can't avoid supermarkets and some other retail stores such as Target, since I have to get stuff to support my semi-hermitic lifestyle. I mean food and toilet paper are quite essential.

But then I am always most comfortable at home, by myself mostly but also with Ms. Lisa.

4. What are some little things you miss most about what used to be normal life?

5. What do you think life will be like twelve months from now?

I can't predict the future. It will probably not be totally free as it was in 2019 and before. The leftist governments we've elected love to control the people. Don't go out without masks. Social distance. Whatever. Some of the crap I am complaining about today will probably still be around 12 months from now.