As usual all of the questions are from Scrivener's Friday 5 blog.

1. What do you have two of because while you knew you had one, you couldn’t find it so you bought a new one?

Got plenty of these. They include combs, scissors, keychains, scotch tape, thumb drives, SD cards, batteries, and a number of other small items that I misplace and find it easier to buy a new one... most of the time.

2. What do you own none of because it’s convenient to borrow it from someone else?

Nothing at this time. 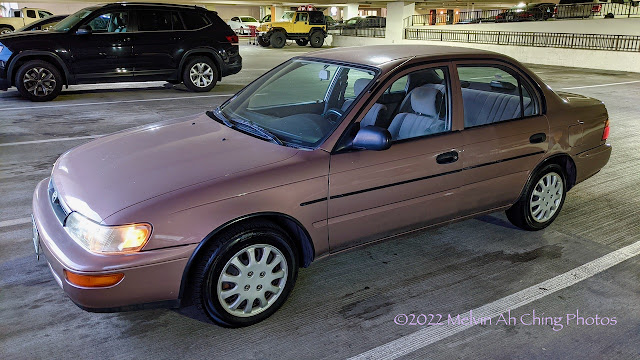 3. What do you own an old version of because it still works fine even though it’s very old?

My 1993 Toyota Corolla. Still works. Still goes. Why should I buy a new car with all that computer crap built in that is destined for obsolescence on the next software upgrade???? Look at those cars that have components that become or will become obsolete soon because they have 3G technology built in.

Electric cars will become prohibitively expensive after their batteries die. So what do you do? Fork over $8000 to $10000 for new batteries or just scrap your old Tesla or whatever and get another new $50,000 one???? Yikes!!!! The whole EV thing is a huge conspiracy to put you on an endless upgrade trail just like computers and cell phones. Ugh!

4. What do you own identical versions of because you like to have one in different places?

They were on sale this past Christmas and I got them for a good price... less than $24 each. They are a blessing and a curse. Good for listening to music you don't have... plus audio books, news, etc. Plus you can also stream other bluetooth devices to them such as a phone or computer... whatever.

They do have some huge privacy issues, most of which I turned off. I also don't like the ads they throw at you to buy this and that from Amazon. I am not interested in buying ANYTHING through those speakers. I turned that function off and it still bombards me with ads.

5. What are you most likely to upgrade when an upgrade is available, even if you’re happy with the one you’ve got?

I probably am going to have to bite the bullet and get either a new Mac computer and/or a newer Chromebook. Still deciding. Ugh! 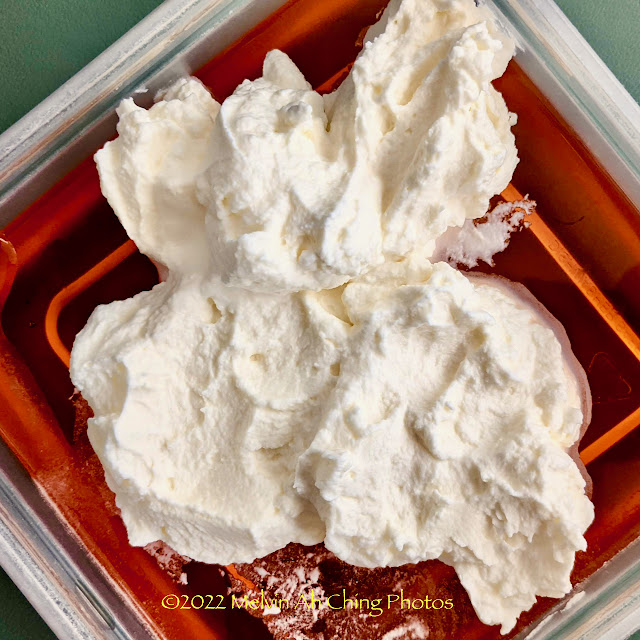 I don't like dogs. I usually try to avoid them. I've had to yell at one last month after he bit someone who was walking in front of me. The dumb owner could not control her stupid dog. Those kinds of dogs should not be allowed out in the public.

3. What first-world problems have you recently complained about?

4. You have one job this weekend: what is it, and how might you mess it up?

One of them is putting together the monthly newsletter for Assistance League of Hawaii. The occasional typo might slip through, even though we proof it a few time.

5. What did you learn when you were today years old?

I'm old. There is always something new to learn. Like this past week I learned how to whisk whipped cream. Never did that before! (See photo above - Orange Jello with Whipped Cream).