The following questions are from Scrivener's Friday 5 blog.

1. What are your strengths as a writer?

I can write best from stuff I remember in my life, but then most people can. I don't consider myself a great writer or scribe of any sort. But over the many years I have done enough writing to be employed in some capacity where writing and editing was part of my job. I do mostly news writing kinds of things, which is writing that t me is mostly disposable unless you are a collector of historic or hysterical details of the times. I mean news writing skills are as good as the last press release some other editor at another publication tossed after scanning for less than a minute or miraculously used a piece of it in an ongoing news item. But mostly it is throw away writing. Newspapers of yore became fish-wrap or basket liners the same day as they were bought, online news is only good for the moment until the next click or swipe. It's all forgotten and disposable in short time.

2. What are your challenges as a writer?

If I did not write so hastily, I probably could do better. Often times, especially in an online forum or blog, I just bang out what I want or need to say, and worry about he details later, often after I hit the POST button or whatever.

I think this is a consequence of, hey... it's online, nobody takes it that seriously, and if I have a mistake it can be easily fixed (in most cases where you control the site) and reposted again, with very little or no cost.

On the other hand, if you make a mistake in a print media format, that mistake is there forever, and may cost thousands of dollars to fix, and possibly jeopardize your employment as a writer or editor. It is a good thing that most people read stuff online.

Grammar and organization is sometimes a challenge too. There is a lot I could improve, but sadly I don't. Perhaps I should write a book.

3. When did you last write creatively?

Probably a few times on my blogs. Can't remember exactly when without looking up the dates and entries. Overall though, I would think very few exercises of "creative writing" on my part. I am more "matter of fact", bang it out, move along.

4. Which writers did you especially enjoy when you were a student?

L. Frank Baum - The Wizard of OZ. I wish I had the really nicely illustrated book that my parents bought us way back in the 1960s.

Virginia Lee Burton - The Little House... the house was saved from the nightmare of urban sprawl and rail. This book foreshadowed the rail issue that I have serious grief about today.

As a teen and college kid I read most of the Dune series of books by Frank Herbert.

Isaac Asimov, science fiction writer. Mostly short stories that I have forgotten now, except for Nightfall which was creepy for the people who never saw night.

H.G. Wells - The Time Machine; the traveler went further into the future beyond the Eloi and Morlok thing... got to see the sun as a red giant which is 5 billion years into our future... Heh... And of course The War of The Worlds which occurs in the Victorian era, and adapted over time to radio, TV shows and movies. 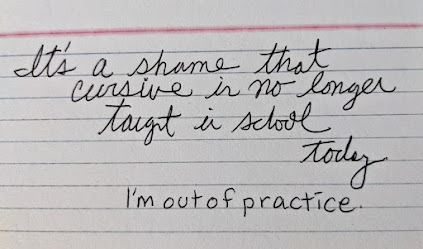