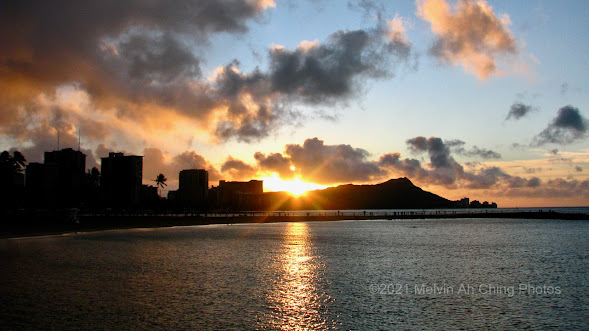 First questions of the new year:

1. What’s better in its middle than in its edges, beginnings, or ends?
The center aisle seats half way up in a surround sound theater. I think you get the best view of the screen and the sound from all directions. But then it depends also on how large the auditorium is too. The bigger, the better I think.
Also I think the center of hamburgers are better than the outside edges. Ditto for sandwiches of all types.

2. Why is a sunrise better than a sunset?
It is not as crowded during sunrise as it is during sunset at the more popular places. I can't say if the photo opportunities are better during sunrise or sunset. Whatever light you are shooting in, it usually is coming into the golden hour or waning into the twilight hour. Sunrise or sunset. I am not partial to either. I've gotten decent photos at both sunrise and sunset settings.

3. What’s better in retrospect than when you experienced it?
At this point in time, security lines at the airport were better prior to 2019 but not as great as it was prior to 9-11-2001. Before then, security was adequate but over the years things have been tightened down way too much. Now to travel, it takes more effort and sacrifice of personal information, government tracking, additional wait times, health testing and social distancing. All of this has made travel so bad, that at this time I have no desire whatsoever as to go traveling by airplane or any mass transport mover. Easier, safer and cheaper to just stay home.
4. What songs have wonderful endings? Hmm... have to think about that one. OK...here are three in no particular order.
5. What was the first thing you unwrapped in 2021?
A new roll of toilet paper!
Posted by Mel at 7:26 PM